You are here: Home / Dinners / Pasta with Leek Pesto and Bacon 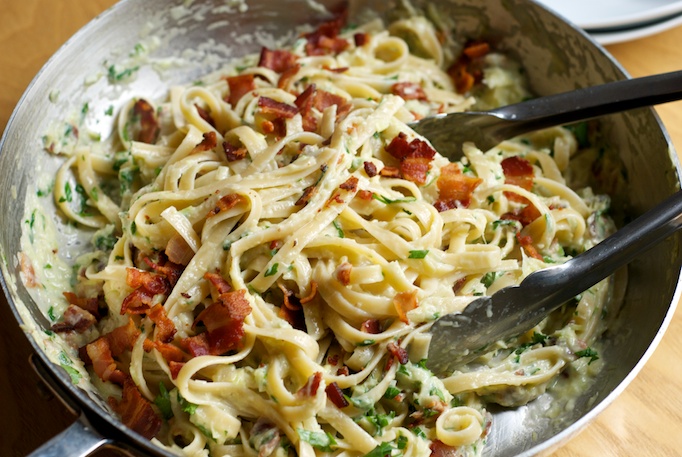 When I saw this on The New York Times online this weekend, I knew I had to make it.  Leeks, pasta and bacon, what more could you want?  This is a light and easy weeknight meal. 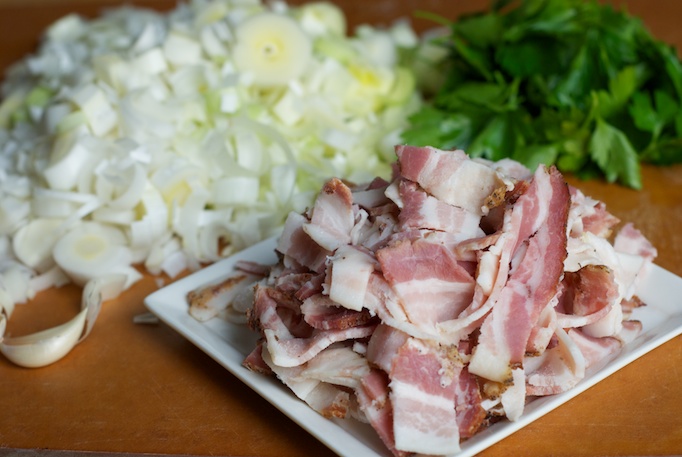 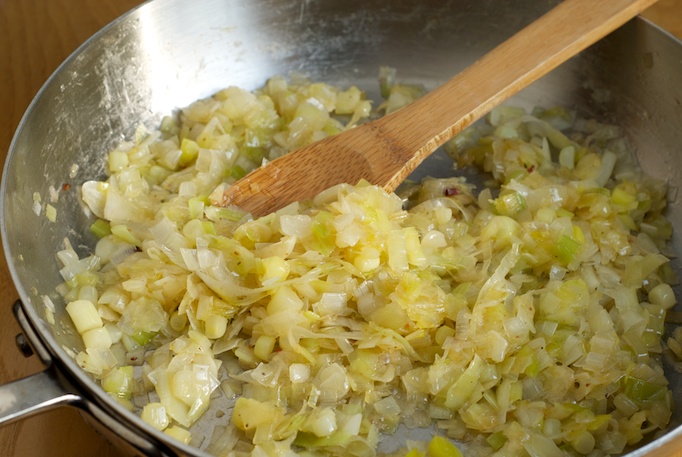 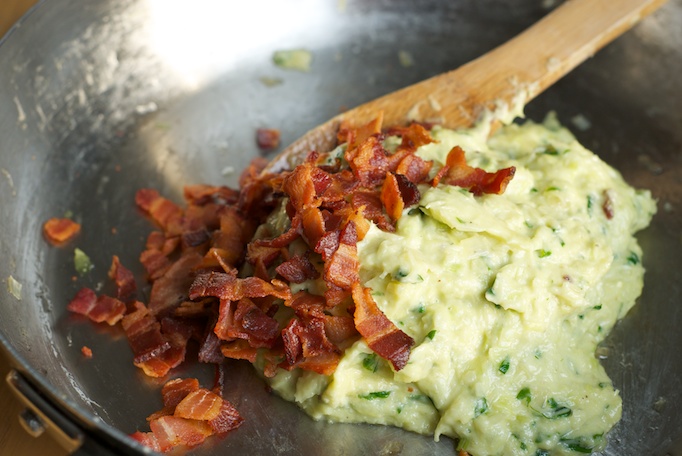 Mike and I had this as a meal, and we found that without any other sides, this really only serves two, so I adjusted that in the recipe below.  Also, we both liked this with a very light sprinkling of Pecorino Romano; Mark said the cheese wasn’t necessary, but we really liked the addition.  Sorry Mark.  Mike also added crushed red pepper, as he typically does with all pasta dishes. 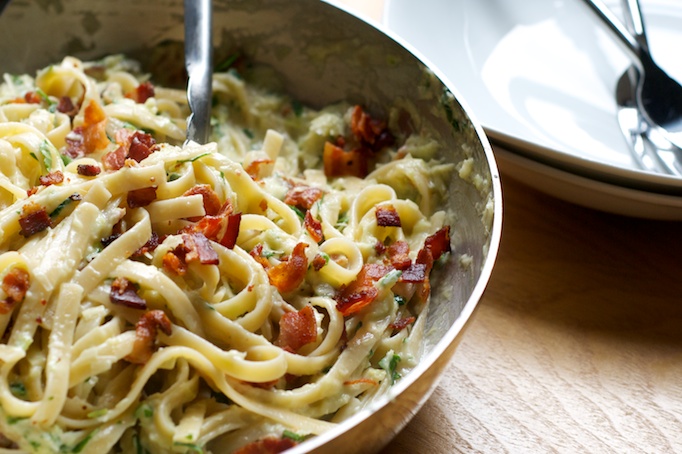 Pasta with Leek Pesto and Bacon

Add the leeks and garlic to the skillet, along with another tablespoon or so of oil if leeks look dry and start to stick.  Season with salt.  Cook, stirring occasionally, until very soft, 20 to 30 minutes.  Transfer the garlic and leeks to a blender or food processor with the egg, parsley and a sprinkling of salt and pepper. Process, scraping down the sides as necessary. Return the purée to skillet, add half of the bacon, turn off heat.

While leeks are cooking, bring a large pot of water to boil for the pasta.  Add salt when water starts to boil.

Cook the pasta in the boiling water until it’s tender, reserve some cooking liquid then drain; because I used linguine I was able to use tongs to remove pasta from the water and add it directly to the sauté pan (one less item to wash).  Turn the heat under the leek mixture to medium, add about 1/4 cup of the reserved cooking liquid tossing pasta to coat.  Add more liquid as needed to reach desired consistency. Taste and adjust the seasoning, garnish with the remaining bacon and more parsley, and serve.  Sprinkle with a little cheese if desired.