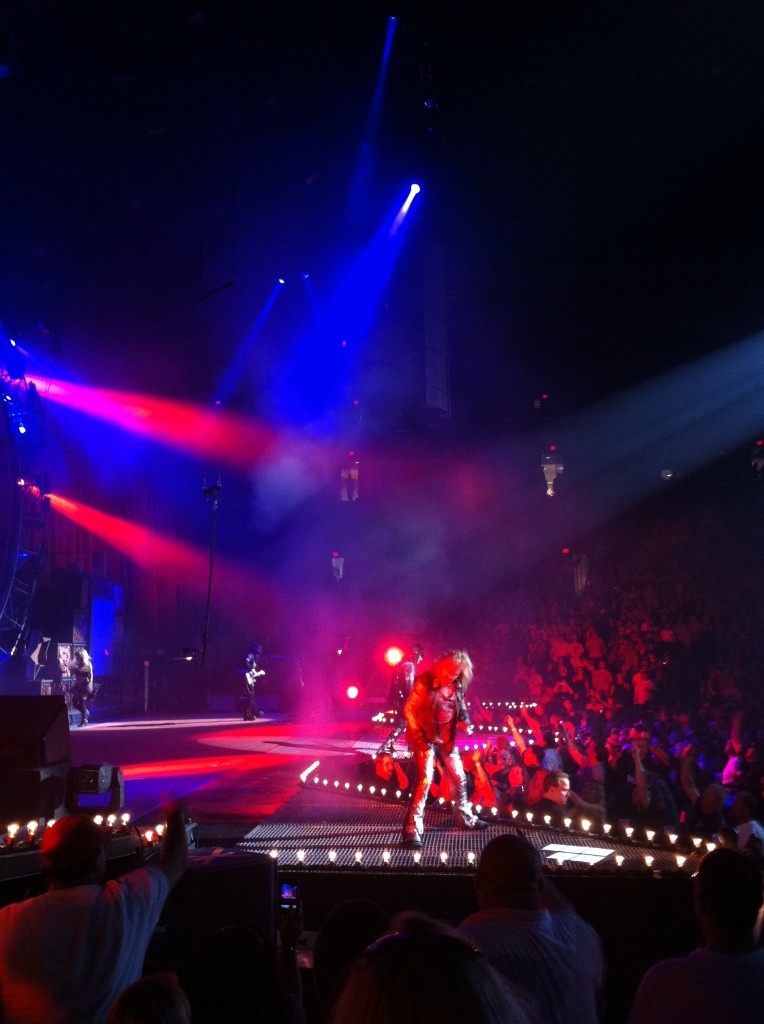 It’s been a rather jammed packed week here at Heather Homemade which included a Poison – Mötley Crüe concert where we were so close we could touch Vince Neil and Nikki Sixx, and Mike may or may not have taken a light bulb from their set (again we were ridiculously close).  But it’s only going to get busier – Heather Homemade is going to be packing up, saying goodbye to Ohio after four fantastic years, and moving eastward to Pennsylvania by next Saturday.  But on to the brownies… 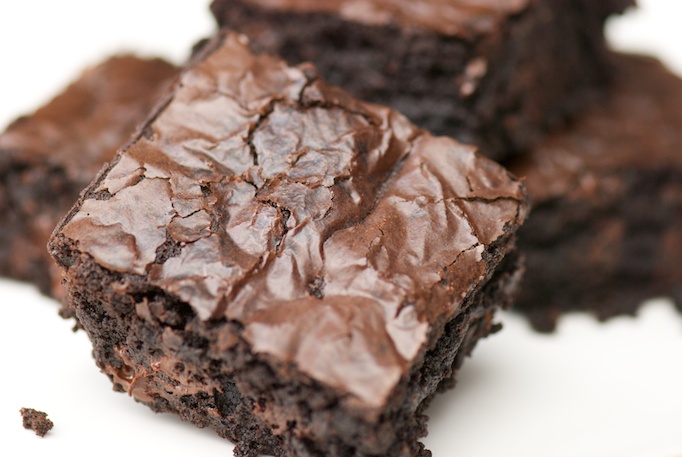 I have been searching for the ultimate brownie recipe for years, and they all seem to fall short; even several Cooks Illustrated recipes I have tried for brownies have left me wanting; I mean they were good, and we still ate the entire pan, but they just weren’t my brownie nirvana. 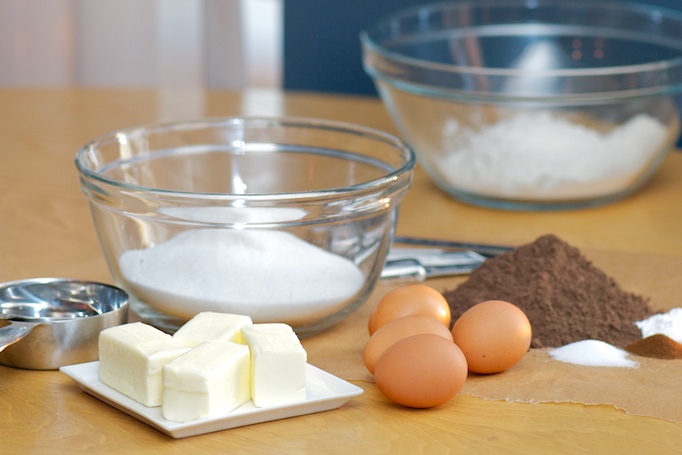 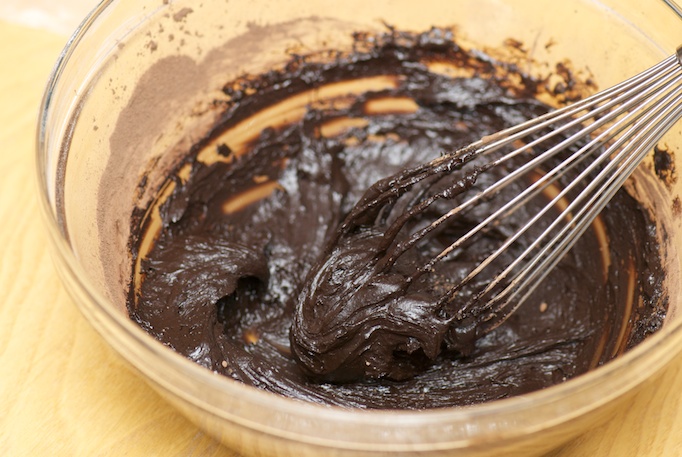 I have been meaning to make this particular recipe for years now, but just haven’t gotten around to it.  When I was reading the Baker’s Banter, they compared brownies to wine or cheese; everyone has a slightly different opinion on what a perfect brownie is;  I think it is a great analogy.  I like cakey, fudgy, slightly under baked, but not raw brownies, and these fit the bill. 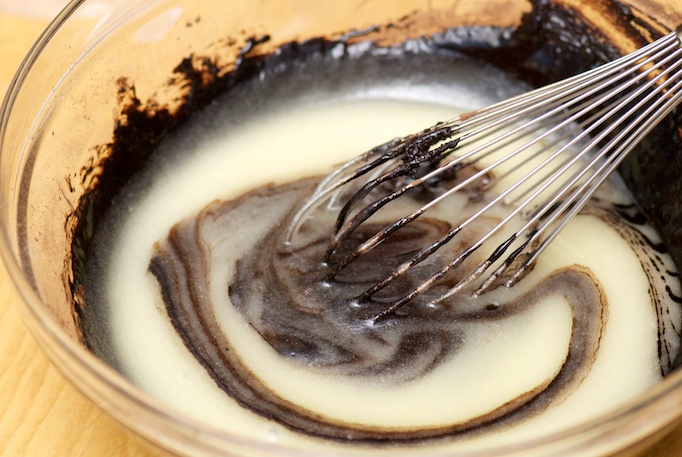 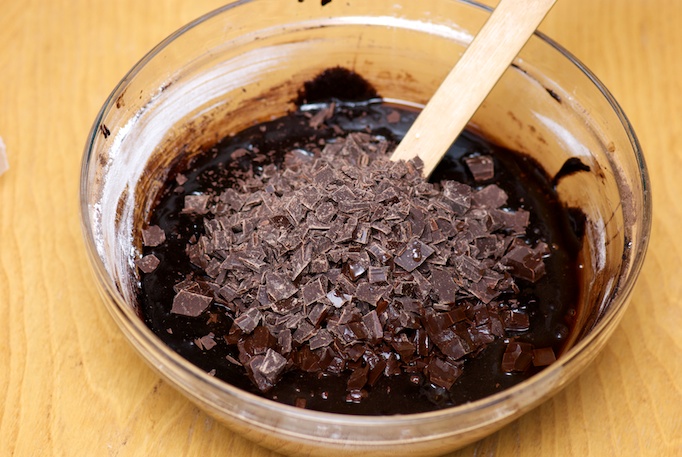 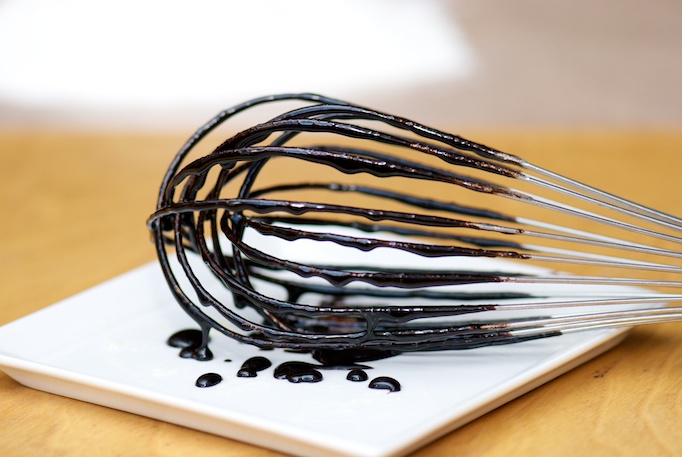 Pre-heat the oven to 350°F. Lightly grease a 9″ x 13″ pan, and line with parchment paper (optional, but I preferred using parchment for easier brownie removal)

In a medium size microwave safe bowl, add butter and sugar.  Microwave on high until butter is melted and mixture is hot, but not bubbling, about 110°F to 120°F.  This step took about 1 to 1.5 minutes for me, but every microwave is different, so keep an eye on it.  Remove from microwave and stir well; let rest for 5 to 10 minutes while you measure out the other ingredients.  Return mixture to the microwave, and repeat the heating process to help further dissolve the sugar.  This extra step will give the brownies, the nice shiny, flakey crust.

While the sugar heats a second time, crack the 4 eggs into a bowl, and whisk them with the cocoa, salt, baking powder, espresso powder, and vanilla till smooth.  Add the hot butter/sugar mixture, whisking until smooth.

Stir in the flour and chips or chunks and mix until smooth.  Note:  The batter will be warm/hot from the sugar mixture, so if you would like your chips to remain more intact in the final brownie, let the batter cool for 10-20 minutes before stirring in your chocolate.

Add batter into prepared baking pan.  Bake the brownies for about 30 minutes, until a cake tester inserted into the center comes out clean, or with just a few moist crumbs clinging to it – but no raw batter.  The edges will appear more done than the center; the center should be moist, but not under baked.  Remove from oven and cool slightly before serving.