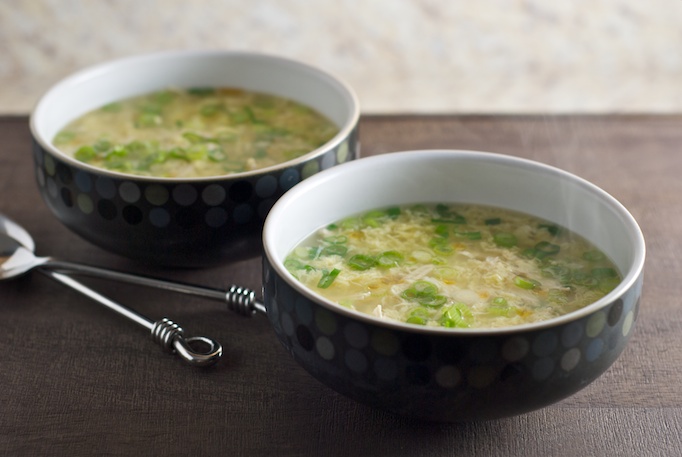 This soup was simple, quick and satisfying.  Perfect for a weeknight winter meal, after a long day at work.  It turned out to be a spur of the moment soup when I got home tonight, and strangely enough I had all of these ingredients on hand, which almost never happens to me.    I’ll chalk it up to a leap-day miracle (or some pre-birthday luck for this almost leap-year baby). 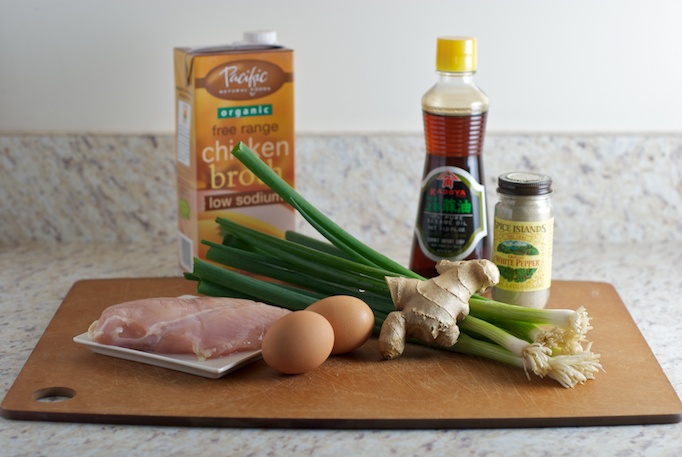 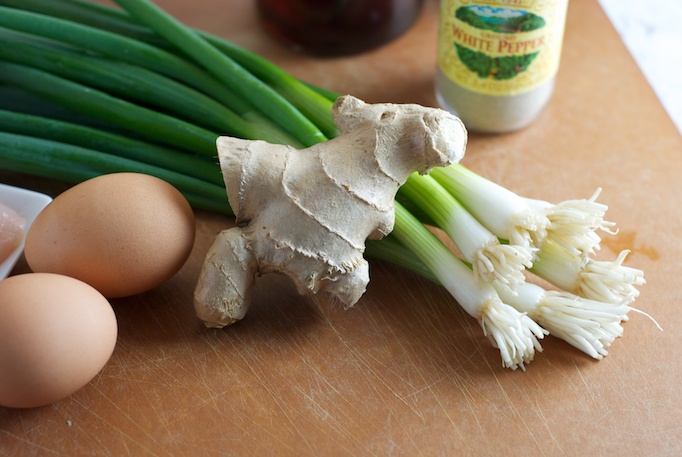 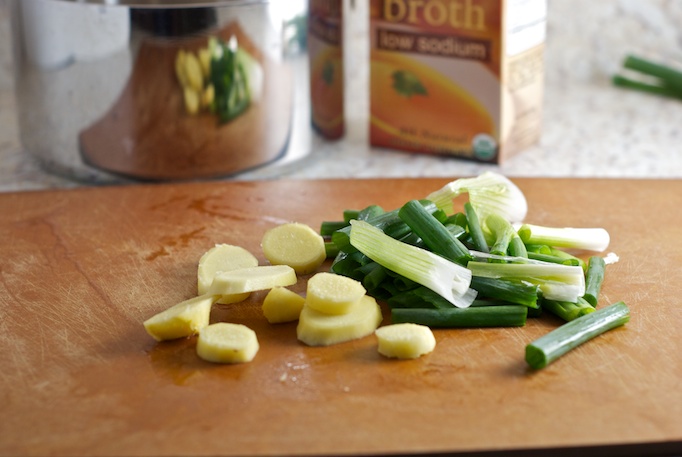 I ended up cutting the ginger in 1/16-1/8″ slices.  Thin enough that the flavor would easily spread though the stock, but thick enough that they would be easy to remove later. 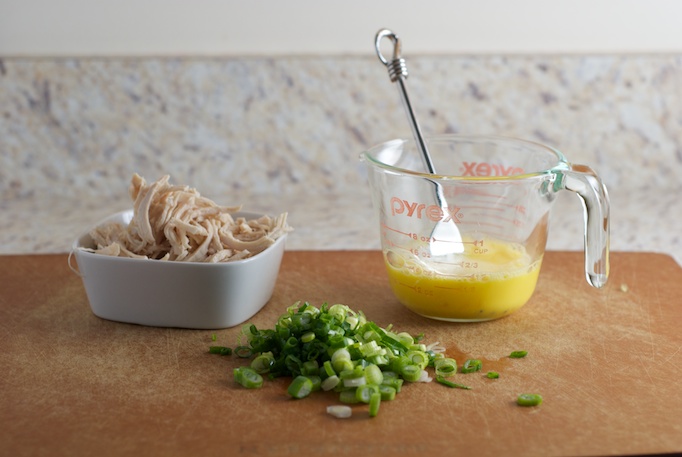 The fresh-cut scallions and white pepper really made the soup.  I think that some sliced mushrooms would have also been nice as some of the other epi commenters had noted, but Mike isn’t too fond of fungi so I skipped that. 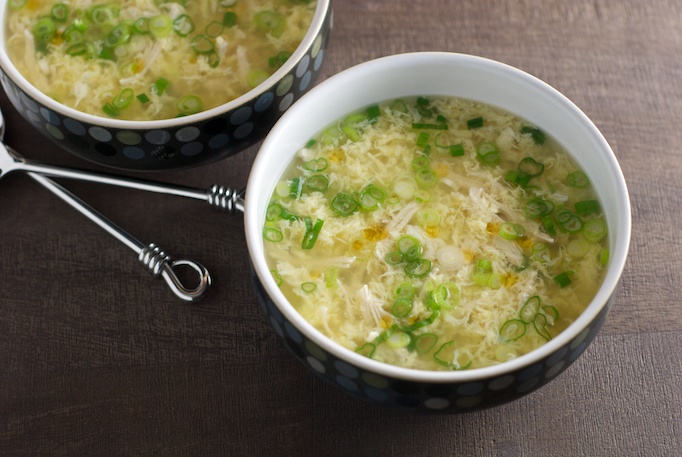 Smash 3 scallions and cut into 2-inch pieces, then put in a 2-quart saucepan with water, broth, ginger, and 3/4 teaspoon salt. Bring to a simmer, then poach chicken at a bare simmer, uncovered, until just cooked through, 12 to 15 minutes.  My chicken breast was just under 8oz, and I found that mine took slightly longer to poach, so I covered it for 5 minutes to help it along. Transfer chicken to a cutting board and let cool slightly.  While cooling, let broth steep, covered, 10 minutes.

Discard scallions and ginger from broth and bring to a brisk simmer. Add beaten eggs in a slow stream, stirring constantly with a spoon or fork. Remove from heat and stir in scallions, chicken, and white pepper (if using). Serve drizzled with sesame oil.

* Next time, I will also try adding 1 teaspoon of soy sauce to the stock for some additional flavor depth.