You are here: Home / Dinners / Zucchini, Tomato and Rice Gratin 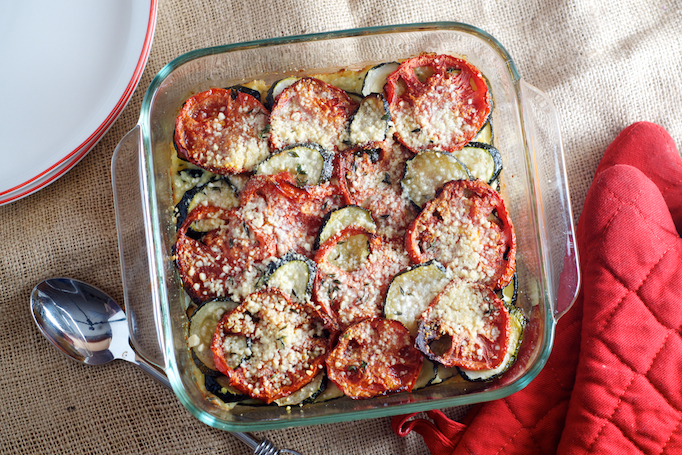 This was a nice change to all the grilled and sautéed zucchini we’ve been enjoying this year. We had this as a side dish with some grilled chicken sausage, but it could easily make a vegetarian main, with a simple salad. 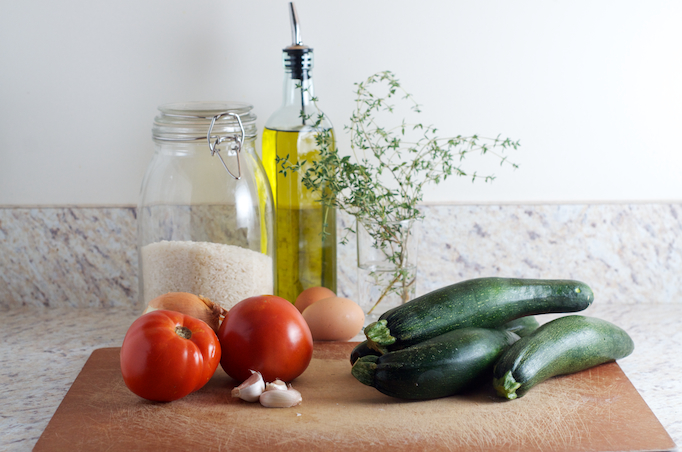 My zucchinis were pretty slender, so I cut them on a small bias so I didn’t have as many slices to flip. I also used beefsteak tomatoes since they looked way better than the plum tomatoes at the farmers market.

I was a little hesitant about the eggs, but ended up really liking them. It was almost Quiche like, and kind of reminded me of a zucchini pancake. 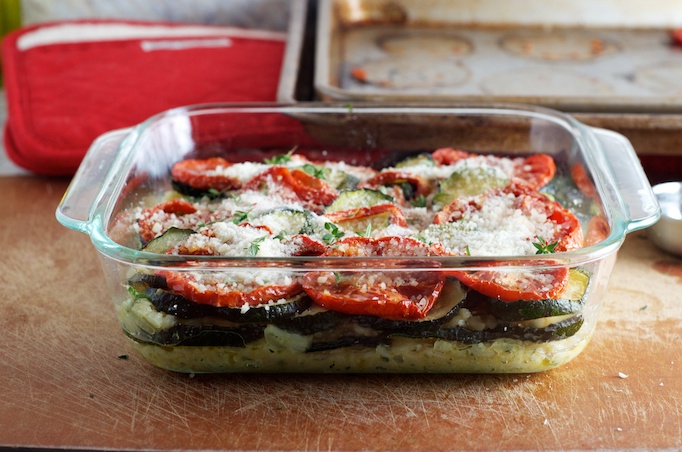 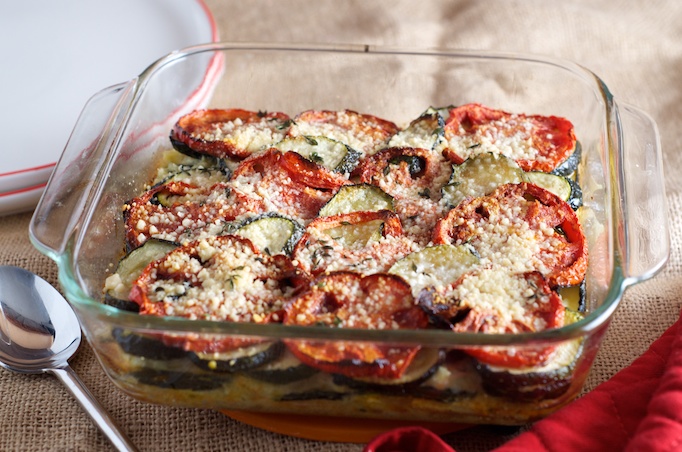 Pre-heat oven to 450°F with racks in upper and lower thirds.

Cook rice according to package instructions.

Roast zucchini in upper third of oven and tomatoes in lower third, turning vegetables once halfway through roasting, until tender and light golden, about 10 minutes for tomatoes; 20 minutes for zucchini. Leave oven on.

Stir together onion mixture, cooked rice, eggs, thyme, 1/4 cup cheese, 1/2 tablespoon oil, 1/4 teaspoon salt, and 1/2 teaspoon pepper. Spread half of rice mixture in a shallow 2-quart baking dish (I used a 8 x 8″ baking dish), then top with half of zucchini. Spread remaining rice mixture over zucchini, then top with remaining zucchini. Top with tomatoes (I tucked them in with the zucchini a little) and drizzle with remaining 1 tablespoon oil, then sprinkle with remaining 1/4 cup cheese.  Sprinkle with a few additional thyme leaves if desired.

Bake in upper third of oven until set and golden brown, about 20 minutes.