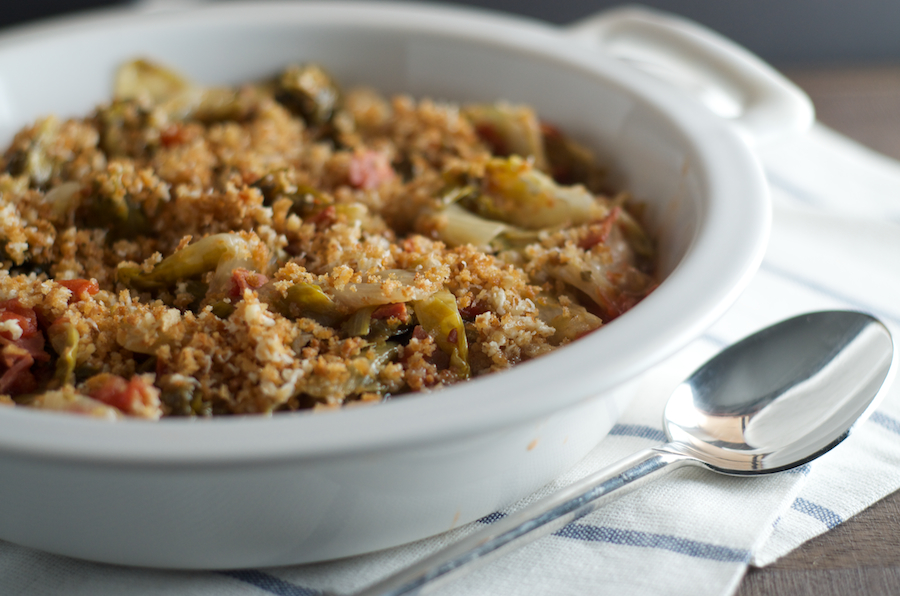 We’ve been to California many times, but this was the first time we’ve driven down Pacific Coast Highway, and it was so worth it. Just absolutely beautiful; it was so awesome we’ll probably do it again next year, and take a few more days driving down. 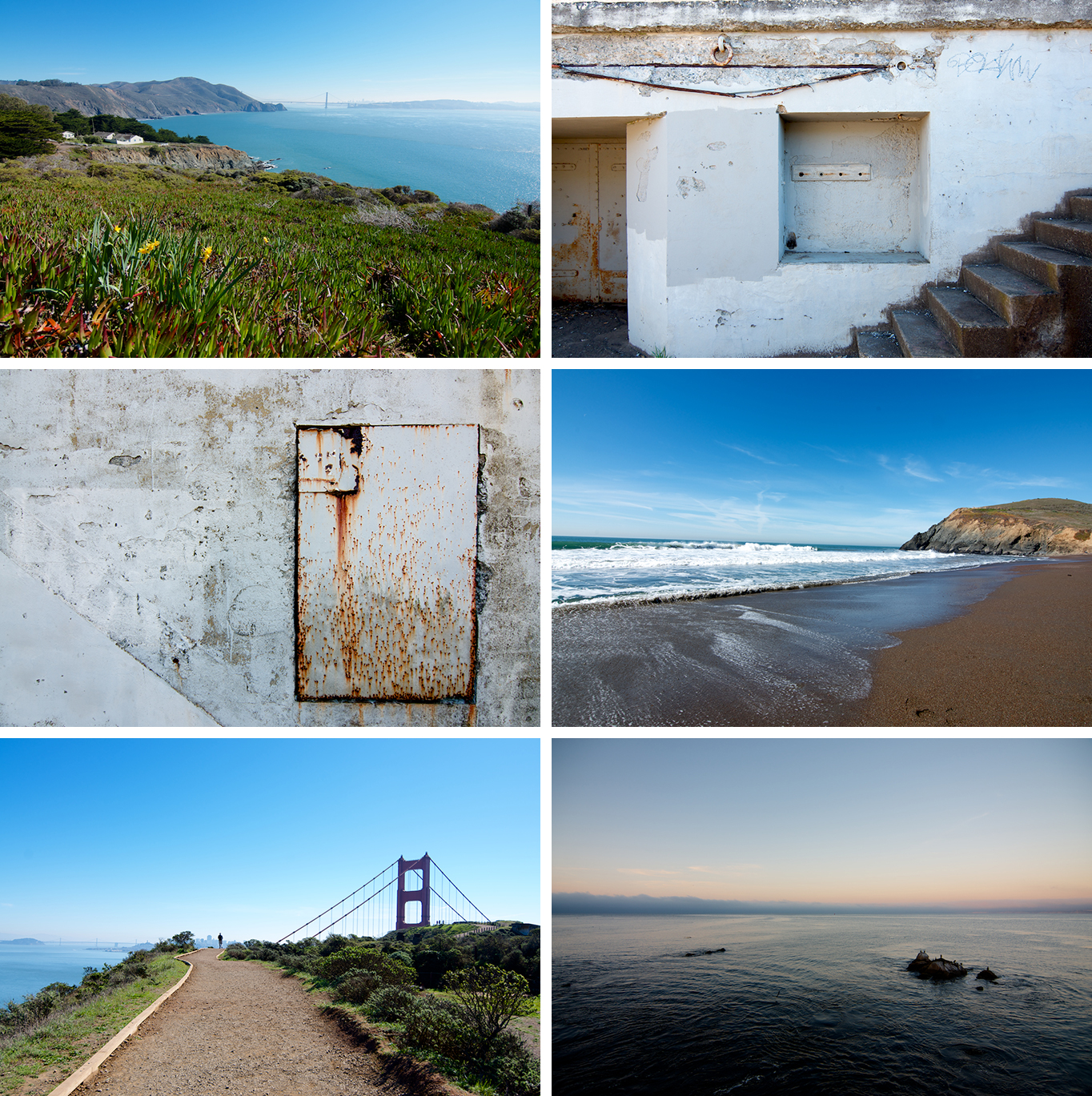 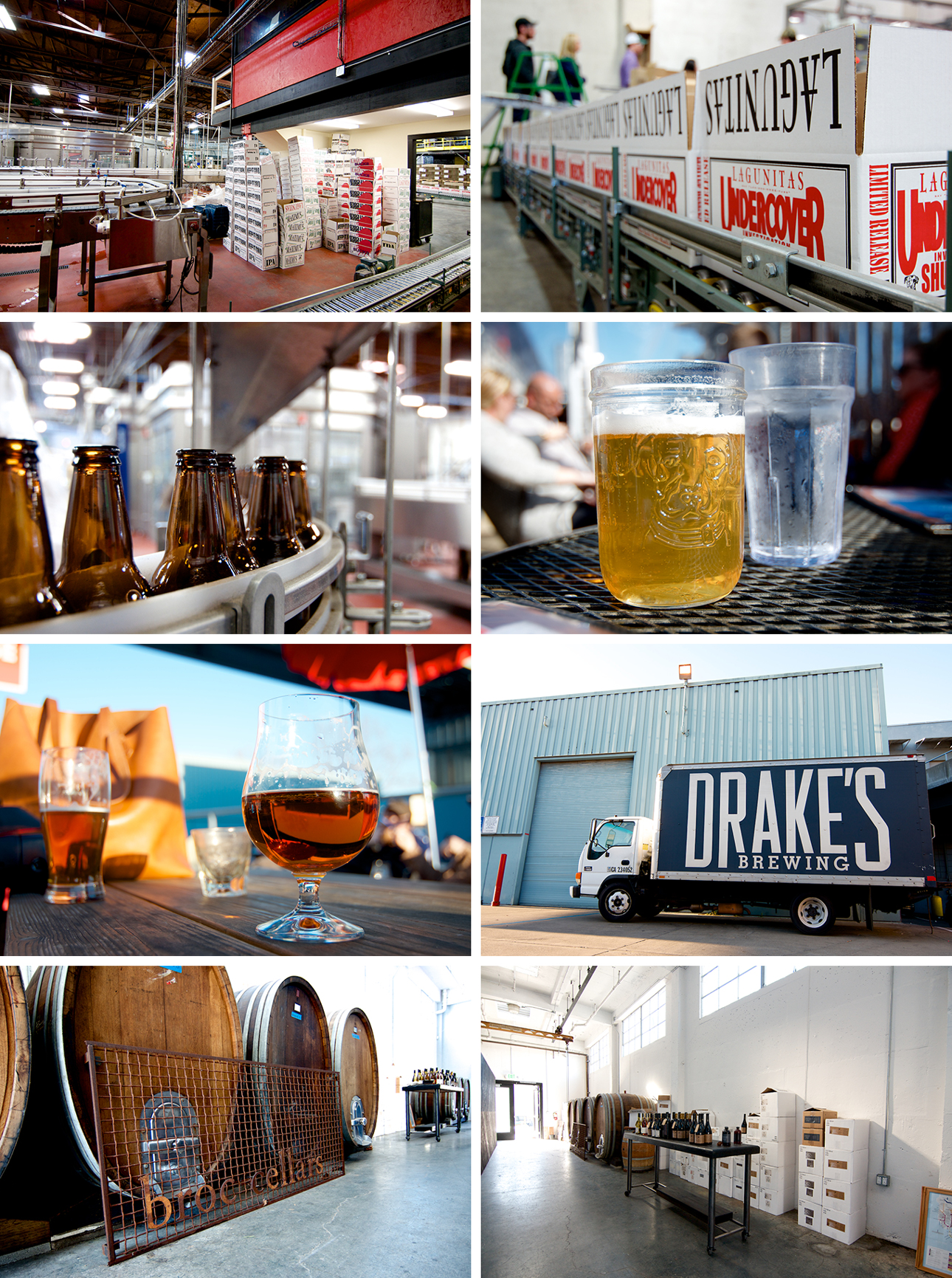 After spending a few days in San Jose with friends, we drove down Route 1, starting in Monterey, Carmel, past the fields upon fields of artichokes, stopped at Point Lobos State Reserve, and Big Sur. 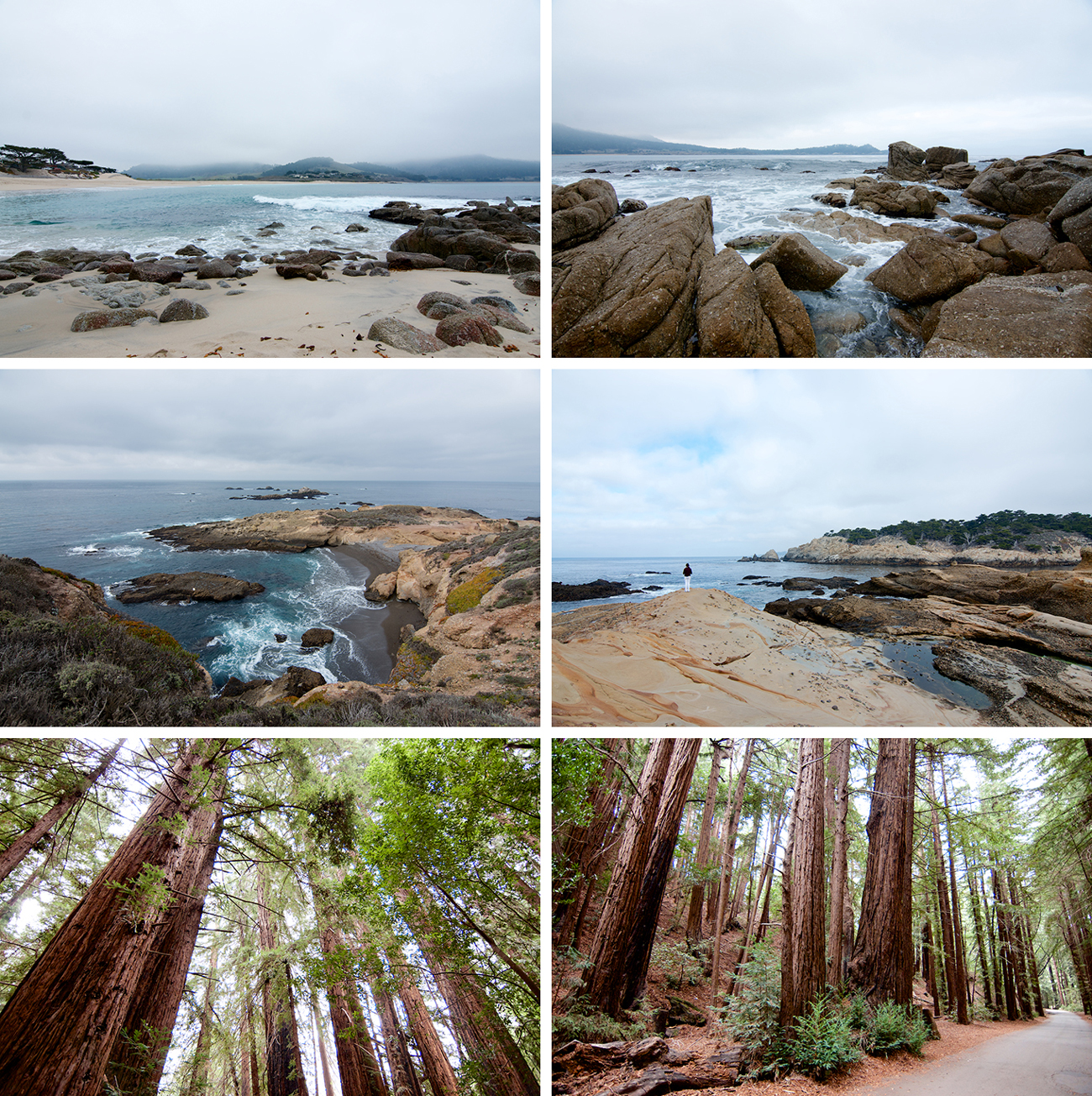 After Big Sur we drove down stopping by Bixby Bridge, and probably ten different little pull-off areas along the way; all with spectacular views. The pier across from the entranceway to Hearst Castle was beautiful, and the seals not too far down from there were so incredible. It was awesome – highly recommend it. 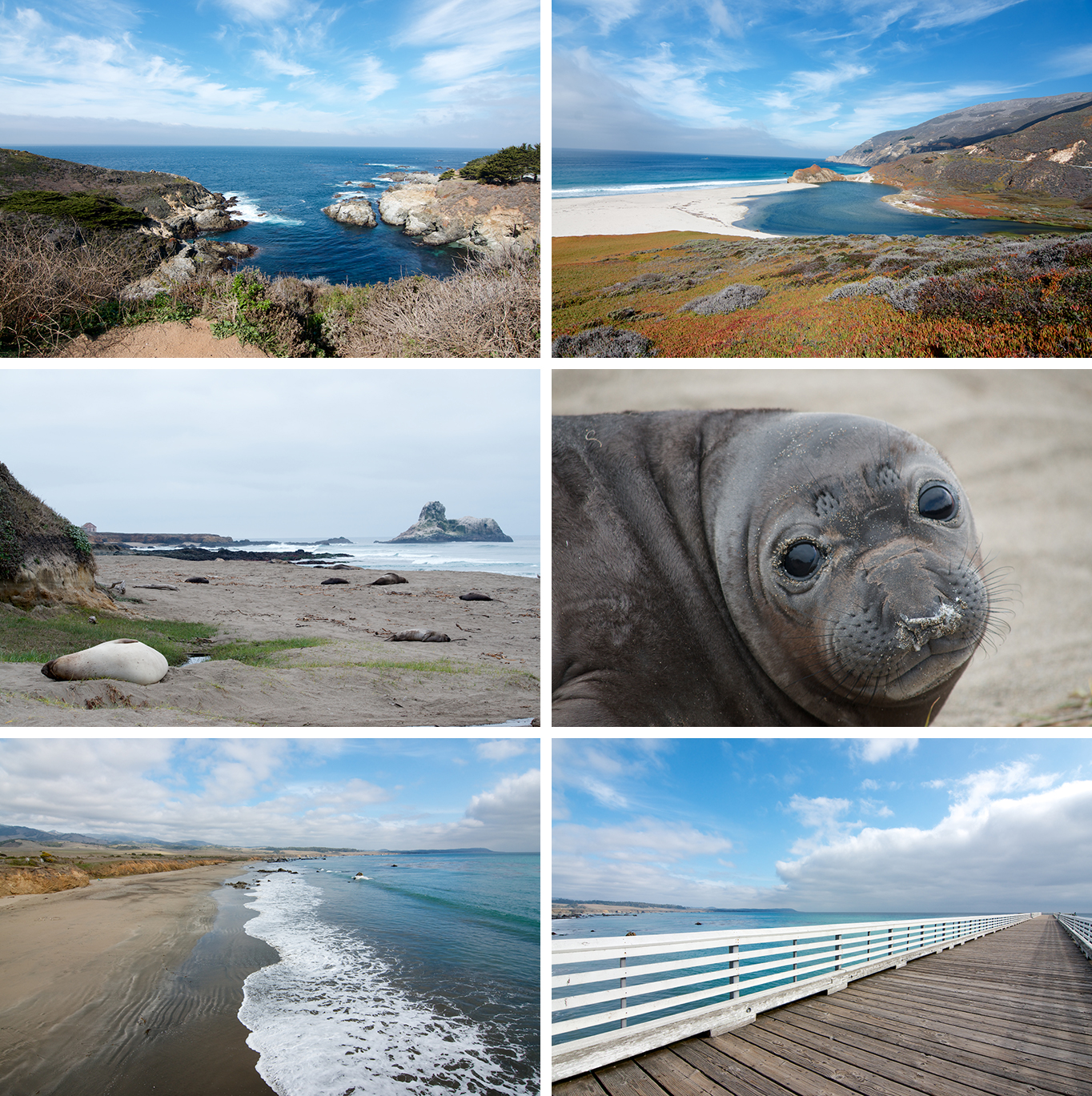 So, enough vacation talk, let’s move on to escarole! It’s got to be one of my favorite vegetables. When I was little I would ask for it as part of my birthday meal every year. In college, I practically lived on it. A head or two of escarole, a can of cannelloni beans, garlic and some crusty bread made a quick, satisfying, hearty meal after class. Sometimes I’d make a quick soup too. 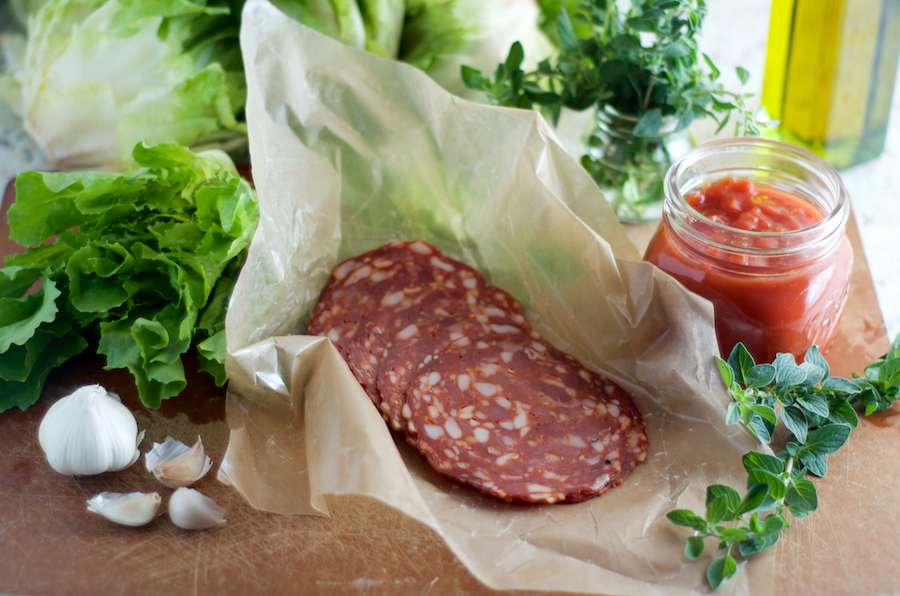 This Spicy Braised escarole was a nice change from my typical greens and beans. The tomatoes, soppressata and toasty breadcrumbs were delicious. 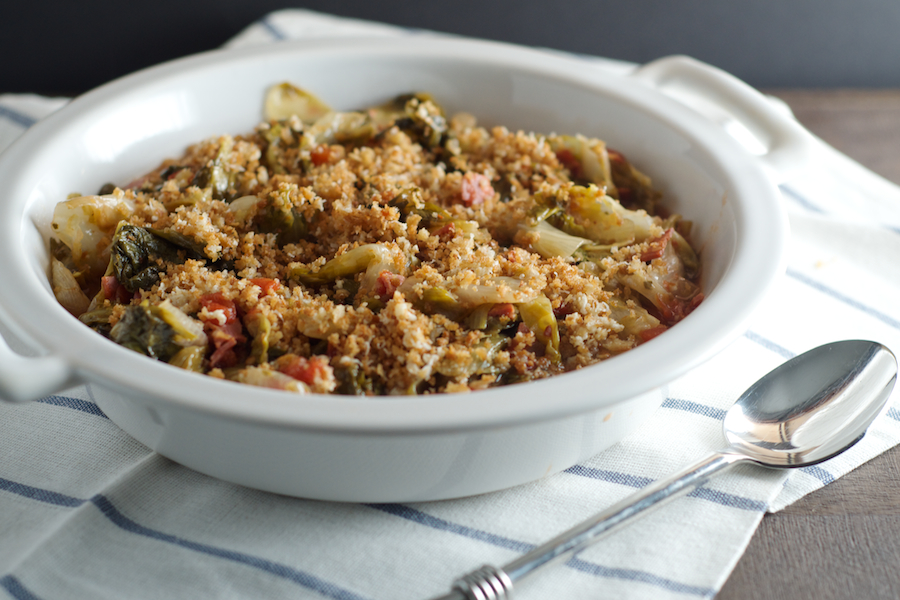 In a large soup pot (I used my dutch oven) heat 2 tablespoons of the oil. Add the soppressata, garlic and crushed red pepper and cook over high heat, stirring, until the garlic is golden, about 2 minutes. Add the escarole in batches and cook. Add the tomatoes and oregano, season with salt and pepper and bring to a boil. Cook over low heat until the escarole is tender, 15 minutes; transfer to a bowl.

Meanwhile, in a small skillet, heat the remaining 1 tablespoon of olive oil. Add the panko and cook over moderate heat, stirring, until golden, about 1 minute. Off the heat, stir in the cheese. Sprinkle over escarole and serve.