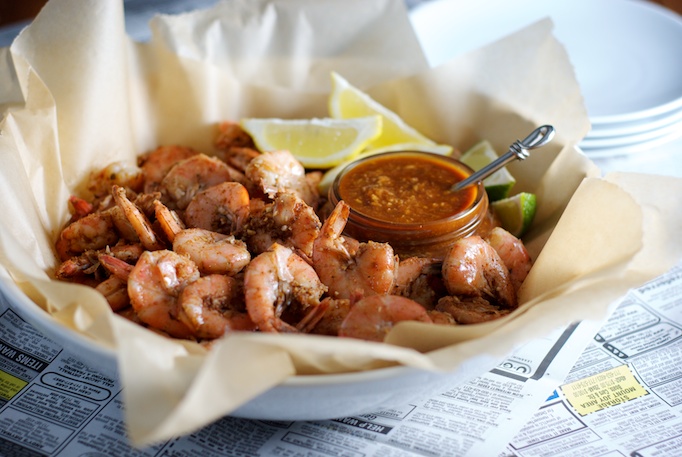 Oh man do I love these shrimp. They are consistently a crowd pleaser. In my first or second year of college I had this crazy idea to throw my parents a surprise anniversary party for over twenty people and cater it myself. It wasn’t even a big mile-stone anniversary, I think it was their 27th, but I was dead set on doing it. One of the things I made for the party was drunken shrimp; I made 10 pounds of these little devils. The serving bowl was just overflowing with shrimp. Crazy amounts of shrimp. But nearly all of them went. 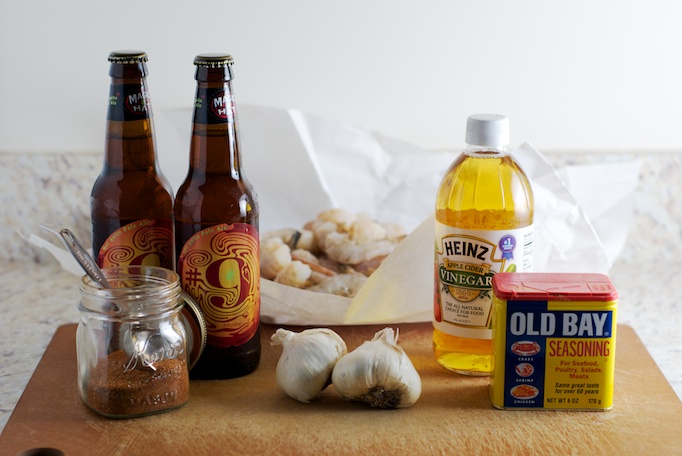 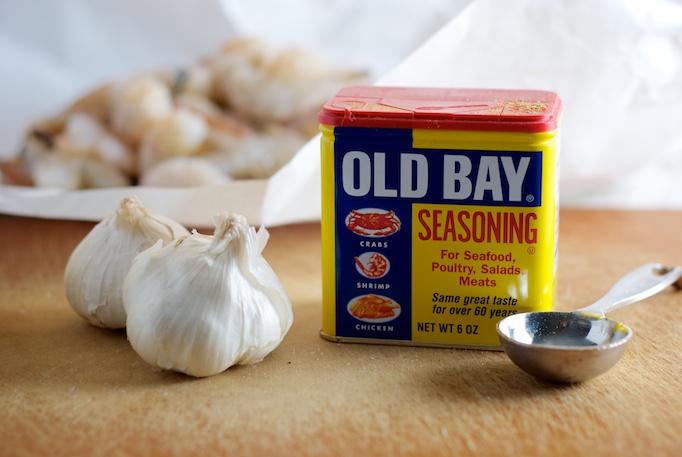 These are essentially the naughty cousin to the regular shrimp cocktail. The shrimp are boiled in beer and spices, and then tossed with garlic and creole seasoning. The cocktail sauce is kicked up with BBQ sauce and Tabasco. They can be served as an appetizer, but I often make them as a light main course with a salad. 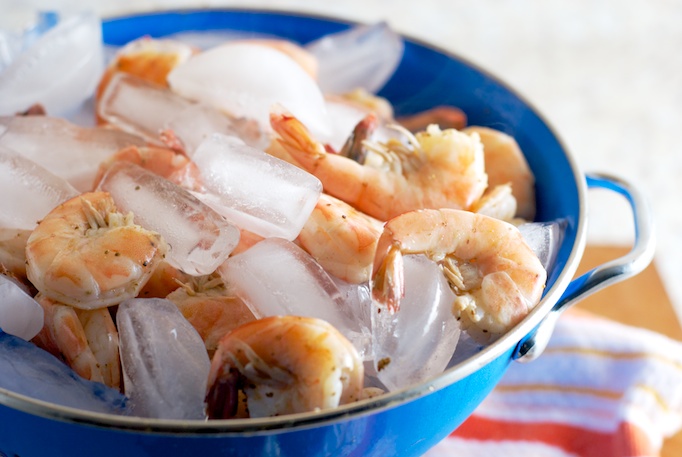 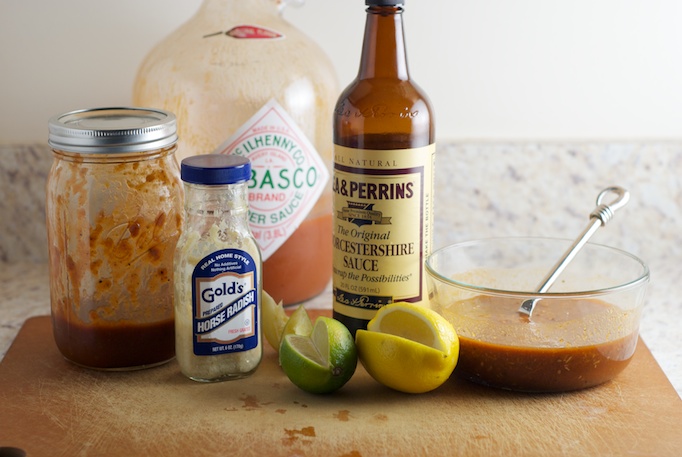 The recipe comes from the one of my favorite restaurant cookbooks, The Dinosaur Bar-B-Que An American Roadhouse, which I’ve also posted their awesome BBQ sauce  and a great non-traditional potato salad. 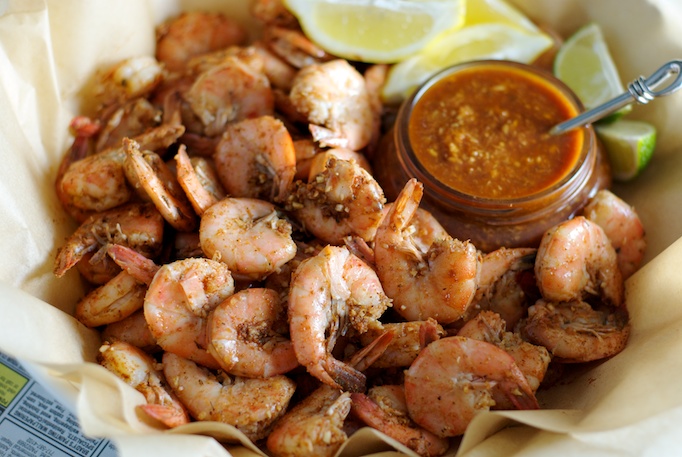 Adapted slightly from Dinosaur Bar B Que An American Roadhouse
Feeds 6 to 8 – serve with extra lemon and lime wedges if desired, and lots of napkins
The cocktail sauce recipe below was intentionally cut in half from the original, since I think the original makes too much. If you don’t want to make the Mutha Sauce, you could buy their jarred BBQ Sauce, or substitute one of your favorites. If you can’t find the Mutha sauce locally, and don’t want to pay for shipping from their site, I would recommend something like Stubb’s Original BBQ Sauce instead.

In a 4-quart sauce pan pour in beer, vinegar and water. Add Old Bay seasoning, cover, and raise heat to high. When mixture is boiling rapidly, add shrimp and re-cover. Set timer and cook shrimp for 2 minutes, or until done. It is important not to over cook; the shrimp should turn pink, and the flesh should be just opaque. Drain shrimp in colander and then cover with a layer of ice to help stop the cooking.

Once chilled down, make sure shrimp are well-drained and transfer to a medium size bowl. Toss with garlic and Creole Seasoning. Shrimp can be served warm or chilled with cocktail sauce. I really like to make the shrimp several hours or up to one day in advance because I think they taste even better when the flavors get a chance to mix.

For the Brazen Cocktail Sauce, mix all sauce ingredients together in a bowl and adjust heat to your taste.

Makes 2 1/2 cups
The recipe in the Dino Cookbook does not add salt, however I add it in because I think it makes it more comparable to their Cajun Foreplay Spice Rub. I make a half batch once a year or so, and use it on all sorts of things. It is great on roasted potatoes, grilled veggies, and meat. As with the Mutha Sauce, if you don’t want to go to the effort of making your own, you could buy the Dino’s or substitute something similar like Emril’s Essence (Original) or Zatarain’s Creole Seasoning.
1/2 cup paprika
1/2 cup granulated garlic
1/3 cup fine grain salt*
1/4 cup granulated onion
1/4 cup dried oregano
1/4 cup dried thyme
3 tablespoons black pepper
2 tablespoons sugar
2 teaspoons cayenne pepper
2 teaspoons white pepper
2 teaspoons ground cumin

Combine everything in a bowl and mix well. Store in glass container with tight-fitting lid.