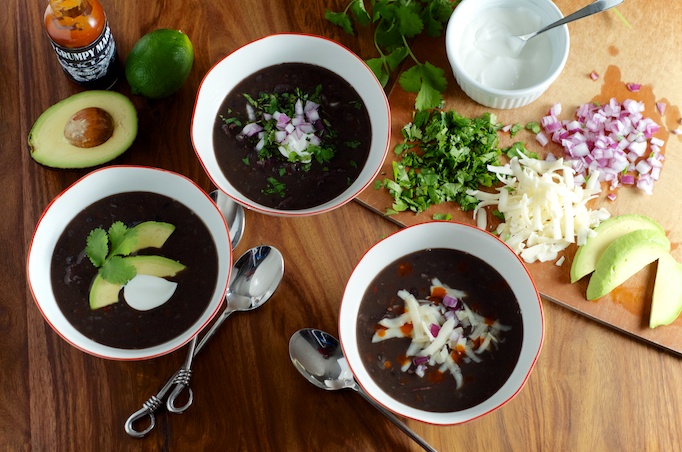 This is my standby recipe for black bean soup. Not to say that I don’t try other recipes, but when there’s no time to experiment, and I need to get dinner on the table, I know it works.. and it’s delicious. 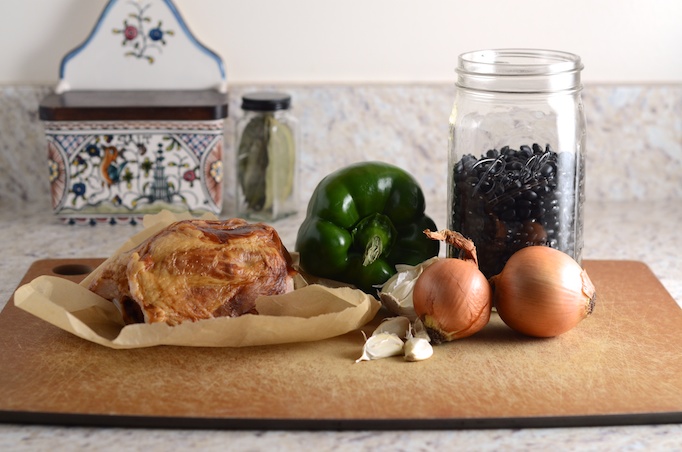 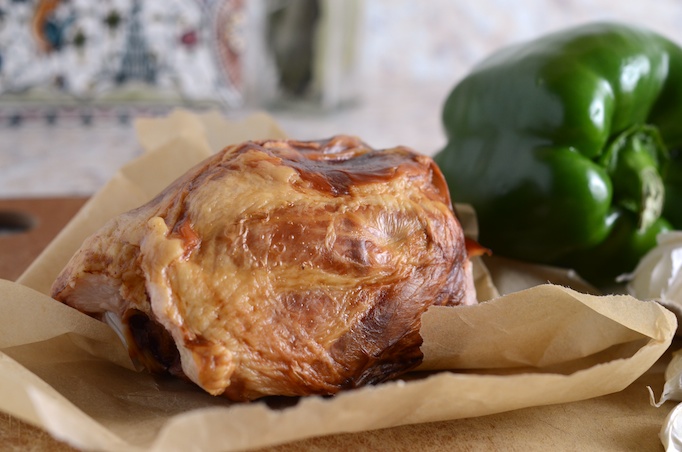 This is one gigantic ham hock – it weighed in a little over a pound, but it was the smallest one the butcher had at the market. The recipe calls for one that’s around 2/3 of a pound, but don’t worry about it being exact. 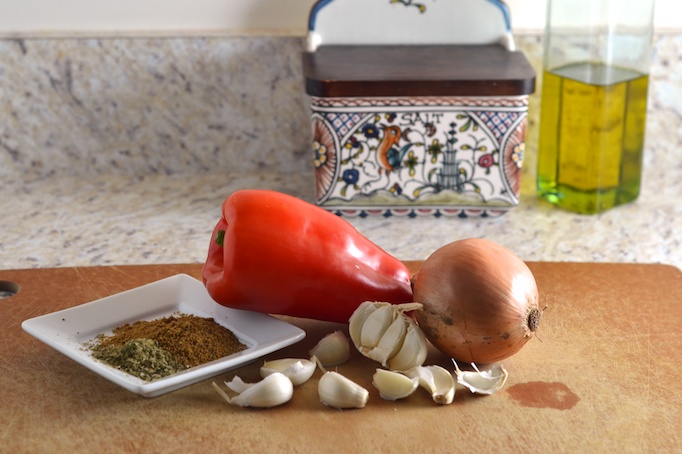 I’ve also used “bean” part of the recipe to cook black beans for use in other things. When I want to cook plain beans, I follow the “bean” directions, leaving out the ham hock. 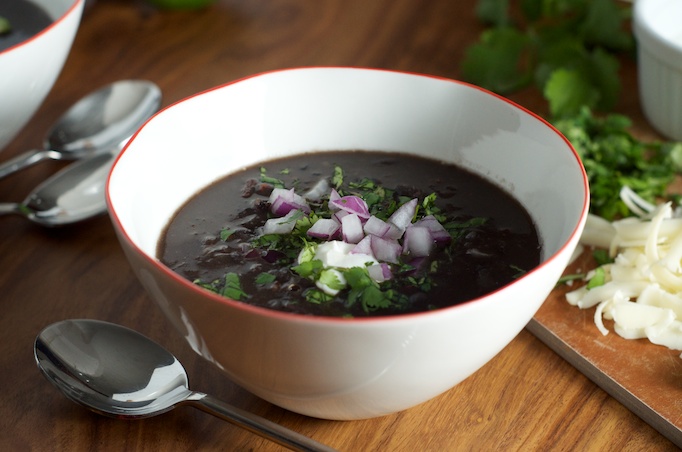 Adapted slightly from Cooks Illustrated
Serves 6
There won’t be a lot of meat on the ham hock, but it’s worth taking off, and adds a subtle smokey flavor to the soup. There are a bunch of topping options below, but all of them go great with a nice hunk of cornbread.

Place beans, ham hock, and bell pepper in a dutch oven or large stock pot. Bring to boil over medium-high heat, reduce heat to low and skim any “scum” from the surface. Add onion, garlic, bay leaves, and salt return to a simmer. Partially cover and cook until beans are tender, being sure to test several beans; this will take about two hours. Remove hock from pot, and set aside until cool enough to handle; remove meat from hock, discard bone, skin and fat. Return picked meat to pot. Remove bell pepper quarters.

Start the Sofrito. Heat oil in a large skillet over medium heat. Add onion, bell pepper and salt; sauté until softened, about 8 to 10 minutes. Add remaining sofrito ingredients and sauté for an additional minute. To the skillet, add 1 1/2 cups of beans and 2 cups of cooking liquid. Mash beans with a potato masher or fork until smooth. Simmer uncovered over medium heat until liquid is reduced, about 5 minutes. Return mixture to beans. Simmer beans uncovered for 15 minutes to blend flavors.

To finish the soup, mix cornstarch and water together in a small bowl. Stir into soup, and simmer until thickened, about 5 minutes. Remove bay leaves, stir in lime juice and adjust seasonings. Serve immediately with topping(s) of choice.

*Soup can be made up to three days ahead of time (do not add the lime juice) and stored in an airtight container. Re-heat and add lime juice to finish.