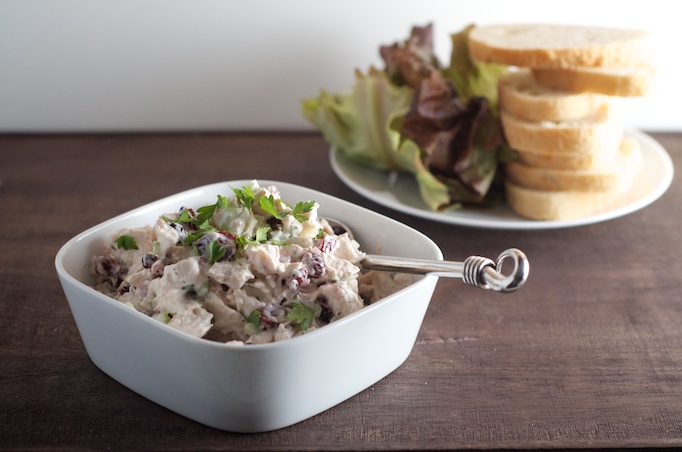 I hope that everyone had a wonderful Memorial Day weekend. Ours was jammed packed with guests, Mike’s birthday, a new batch of beer (we’re attempting a clone brew of Harpoon IPA), and Arrested Development of course!

I didn’t have nearly as much time to prepare for our AD feast as I would have liked, but managed to pull a few things together at the last-minute; chicken fingers with Spicy Club Sauce, curly fries, candy beans, juice boxes, frozen bananas and Mike’s birthday Carrot Cake. It was a random smorgasbord of stuff that I typically wouldn’t feed people, but I made an exception for a-nu-start to a show we’ve been eagerly awaiting since it was abruptly canceled so long ago. 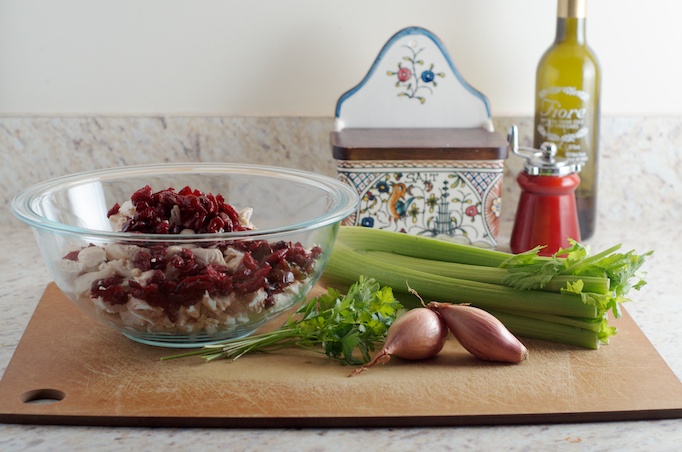 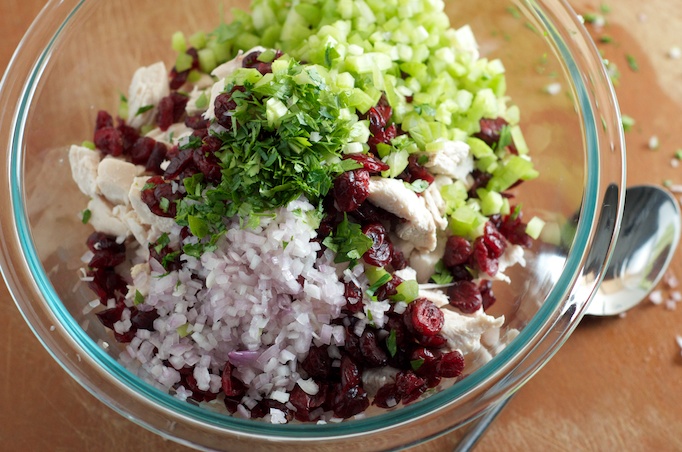 I’ve made this chicken salad twice now, and just love the flavors; it is way more interesting than the plain old chicken salad I grew up on. I highly recommend poaching the chicken using the method below. It produces super moist chicken, and you can cook down the broth for use in other dishes! 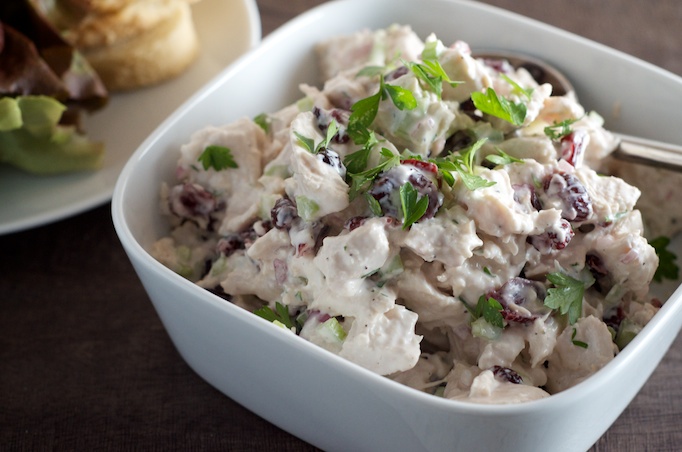 Adapted from Smitten Kitchen
Makes 4 to 6 servings
I used this method to poach my chicken, starting with about 3 pounds of bone-in breasts which ended up being about 1 3/4 pounds of chicken after it was de-boned. Change this up to suite your tastes; we didn’t want nuts in ours so I omitted them. I used white balsamic vinegar.
4 cups cubed (1/2 inch) cooked chicken (about 1 3/4 lb)
1 cup dried cranberries
1 cup walnuts, toasted and chopped (optional)
1/2 cup celery diced into small bits, about 1 to 2 ribs
3 tablespoons finely chopped shallot or 1 1/2 tablespoons finely chopped red onion
1 to 2 tablespoons finely chopped fresh tarragon or parsley
2/3 to 3/4 cup mayonnaise
3 tablespoons tarragon vinegar, champagne or white wine vinegar
1/2 teaspoon salt
1/2 teaspoon fresh ground black pepper

Toss all ingredients together in a large bowl until well combined. I like to let mine sit in the fridge for an hour or two before eating so the flavors a chance to mingle.

Store in airtight container for up to two days.