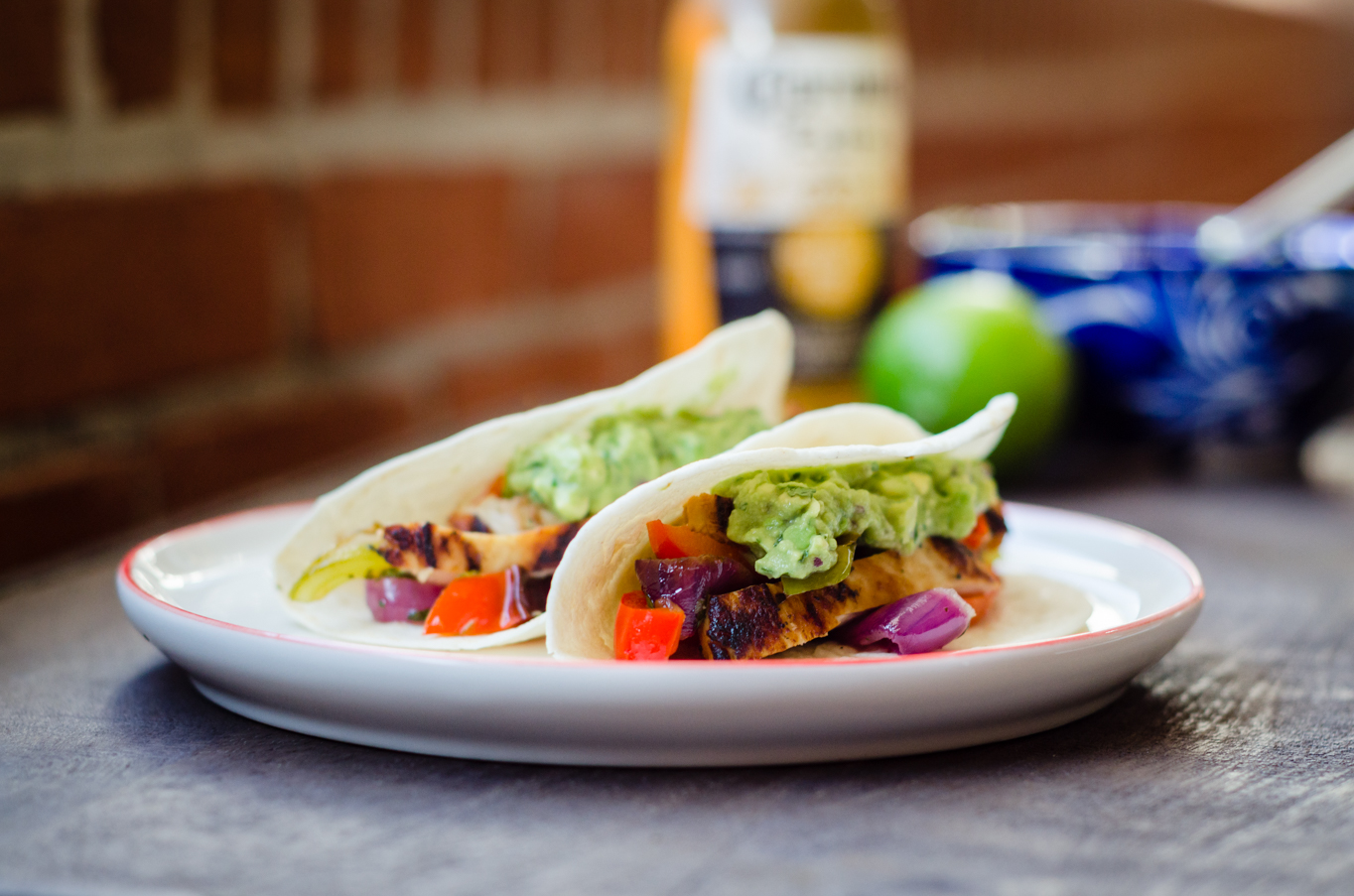 I hope everyone had a nice Father’s Day weekend. Mike has been traveling so Aida and I have been cleaning and organizing the new place, going to the park, and binge watching entourage like it’s nobody’s business. 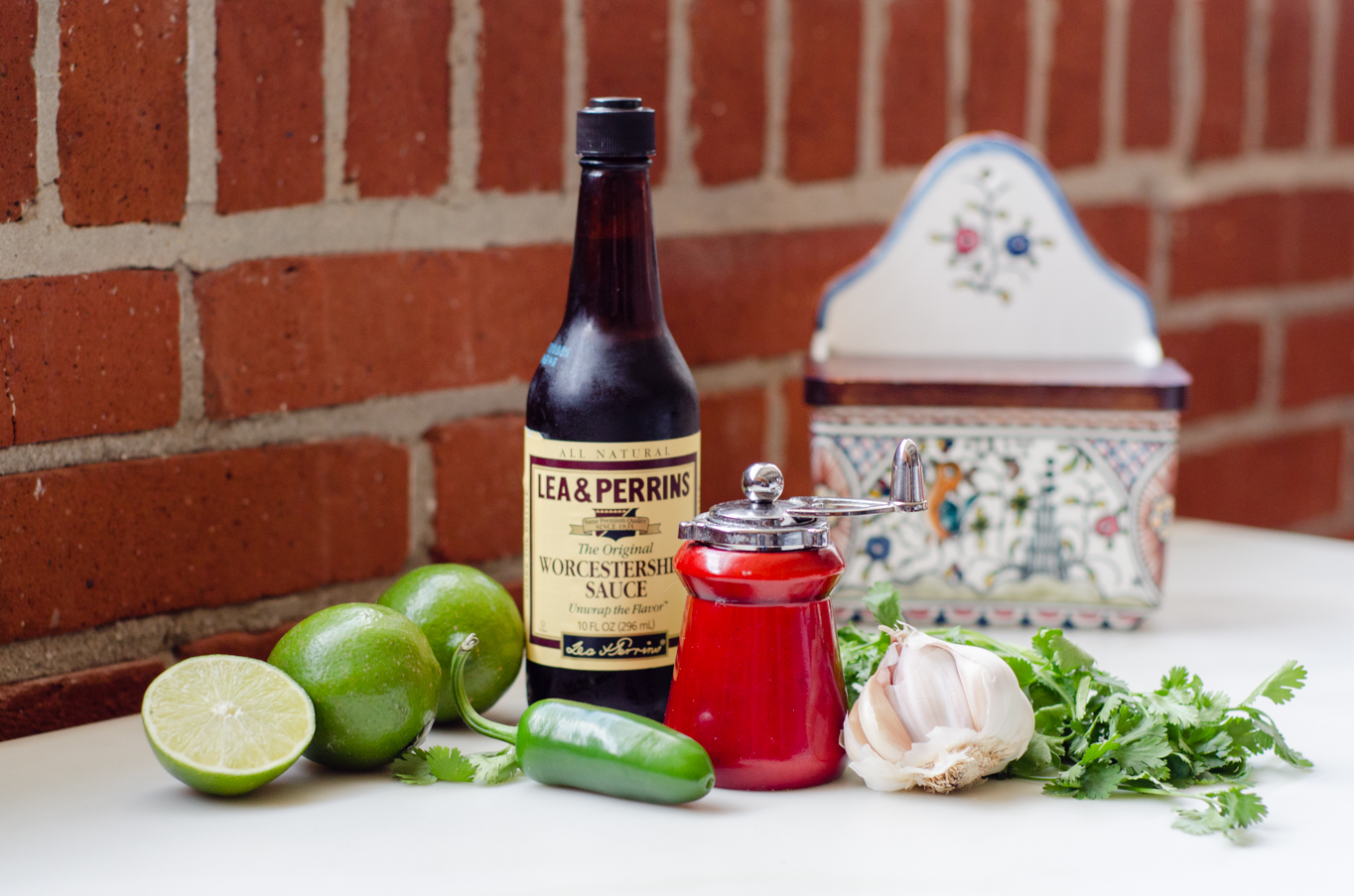 I love fajitas in the summer. It’s a quick, low fuss meal that can be thrown on the grill without getting the kitchen horribly dirty or if you’re recently grill-less, like me, easy to do and doors and still get great results. The marinade keeps the chicken super moist and the brown sugar helps with caramelization, even indoors. 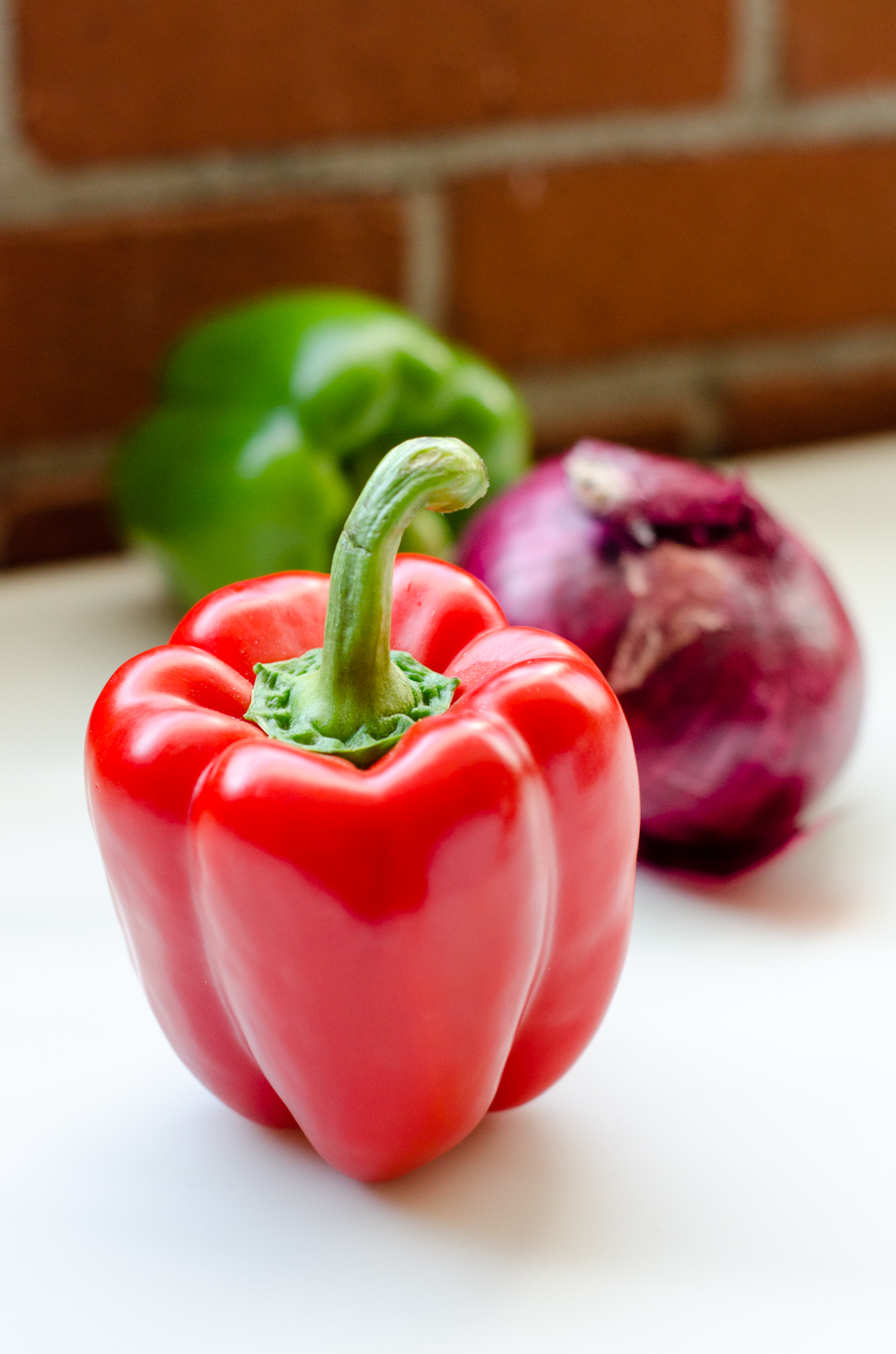 My favorite accompaniment is homemade guacamole, but I like to serve these with all the fixings so people can customize to their liking. One of Mike’s new favorites is dried Aleppo chili pepper; it adds just the right amount of heat with awesome flavor. 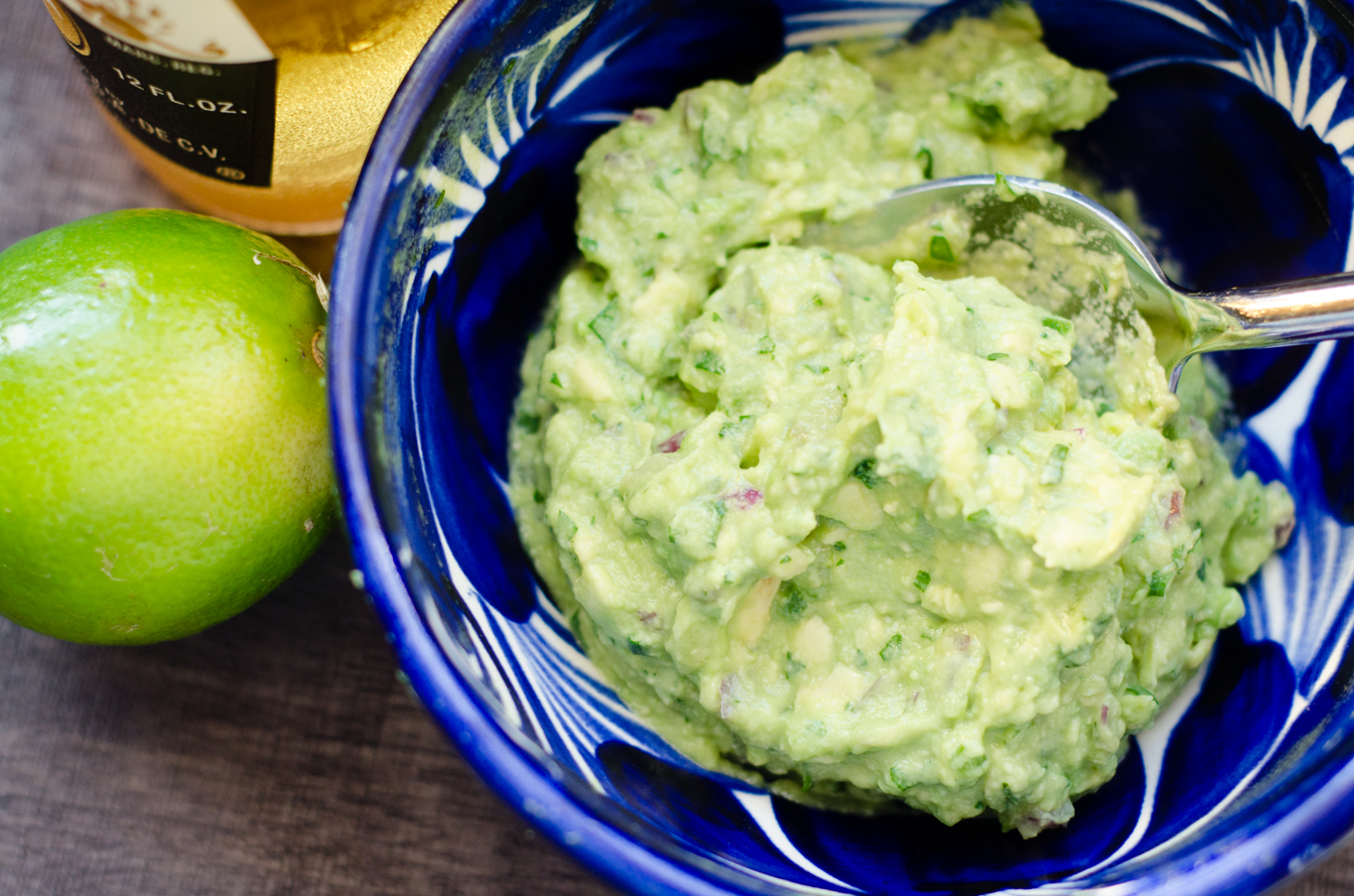 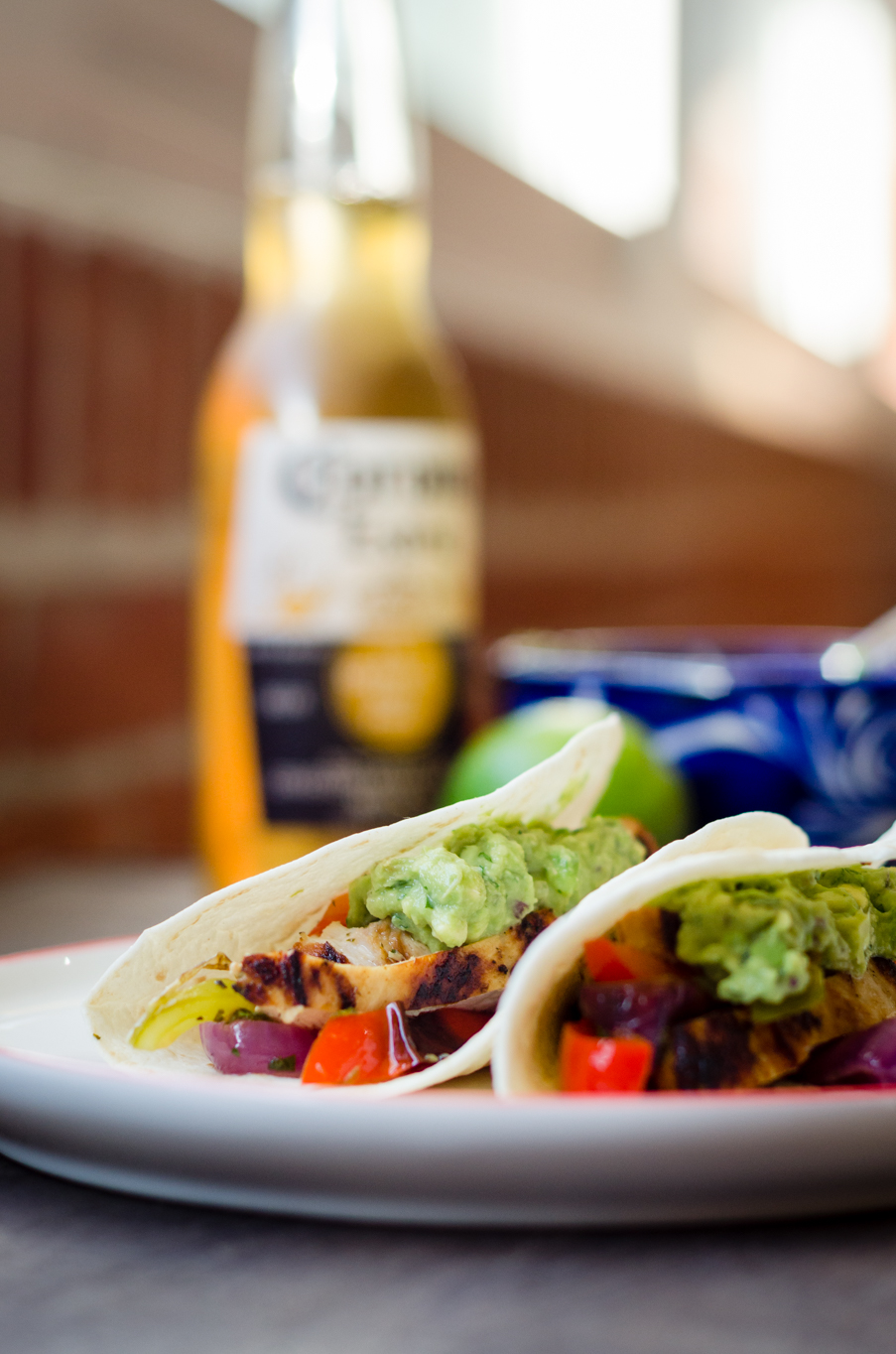 Adapted slightly from Cooks Illustrated
Serves 4 to 6
The chicken and peppers are perfect on their own but I like to serve these up with all the fixings, especially if I’m entertaining, so people can customize to their liking. I always serve with homemade guacamole, salsa, sour cream, freshly shredded cheddar or Monterey Jack cheese, lime wedges and hot sauce.

Remove chicken from marinade and pat dry with paper towels; discard marinade. Heat 2 teaspoons oil in 12-inch nonstick or cast-iron skillet over medium-high heat until just beginning to smoke. Swirl oil to coat skillet, then arrange chicken smooth side down in skillet in single layer; cook without moving chicken, until well browned, about 3 minutes. Using tongs, flip chicken; continue to cook until second sides are well browned, about 2 minutes. Reduce heat to medium and continue to cook, turning chicken once or twice, until chicken is no longer pink when cut into with paring knife or instant-read thermometer inserted in thickest part registers 160 degrees, 3 to 5 minutes longer. Transfer chicken to large plate and let rest 5 minutes.

While chicken is cooking, place baking sheet with vegetables in oven on upper rack; place tortilla packets on lower rack. Broil vegetables until spottily charred and peppers are crisp-tender, 6 to 8 minutes. Using tongs, transfer peppers to cutting board. Flip onion rounds and continue to broil until charred and tender, 2 to 4 minutes longer. Turn off broiler and remove vegetables, leaving tortillas in oven until needed.

Prepare a two-level fire on a charcoal or gas grill; one area should be hot for the chicken, the other should be medium for the peppers and onions.

Remove chicken from marinade and place chicken smooth side down on hotter side of grill; discard marinade. Place onion rounds and peppers (skin side down) on cooler side of grill. Cook chicken (covered for gas) until well browned, 4 to 5 minutes; using tongs, flip chicken and continue grilling until chicken is no longer pink when cut into with paring knife or instant-read thermometer inserted into thickest part registers about 160 degrees, 4 to 5 minutes longer. Meanwhile, cook peppers until spottily charred and crisp-tender, 8 to 10 minutes, turning once or twice as needed; cook onions until tender and charred on both sides, 10 to 12 minutes, turning every 3 to 4 minutes. When chicken and vegetables are done, transfer to large plate; tent with foil to keep warm.

Working in 2 or 3 batches, place tortillas in single layer on cooler side of now-empty grill and cook until warm and lightly browned, about 20 seconds per side (do not grill too long or tortillas will become brittle). As tortillas are done, wrap in kitchen towel or large sheet of foil.

Separate onions into rings and place in medium bowl; slice bell peppers lengthwise into 1/4-inch strips and place in bowl with onions. Add 2 tablespoons reserved UNUSED marinade to vegetables and toss well to combine. Slice chicken into 1/4-inch strips and toss with remaining 2 tablespoons reserved marinade in another bowl; arrange chicken and vegetables on large platter and serve with warmed tortillas and desired accompaniments.