You are here: Home / Appetizers / Chipotle’s Not So Secret Guac Recipe

So, if you haven’t heard already, Chipotle released their Guac recipe last month. How awesome is that?!? I’ve probably made it about five times now. Even when half of my kitchen was boxed up, ready to move, I figured out how to make due for homemade guac. I’ve always been a huge fan of Chipotle – I could probably perfectly happing living on only black beans, rice and guac. 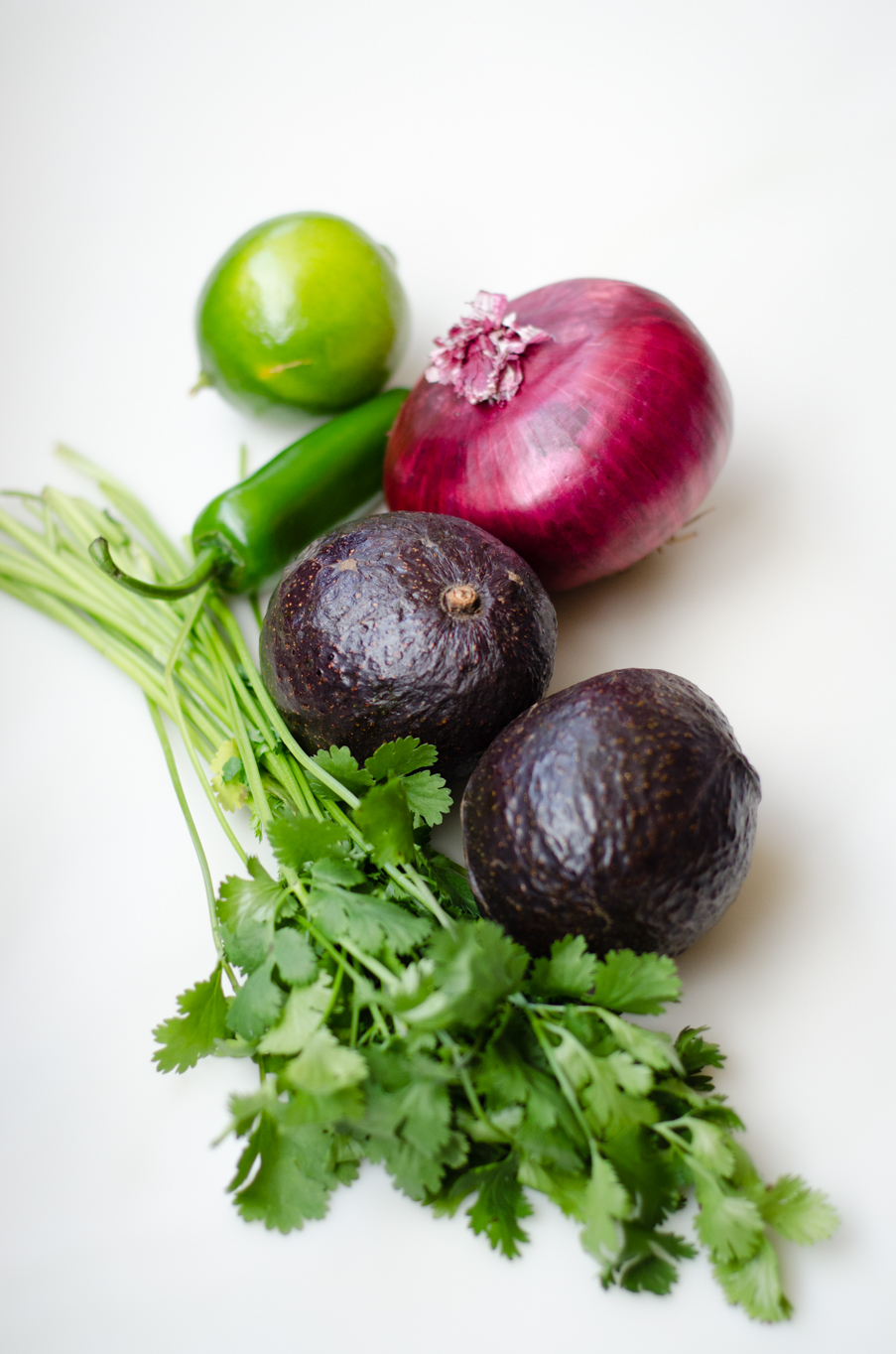 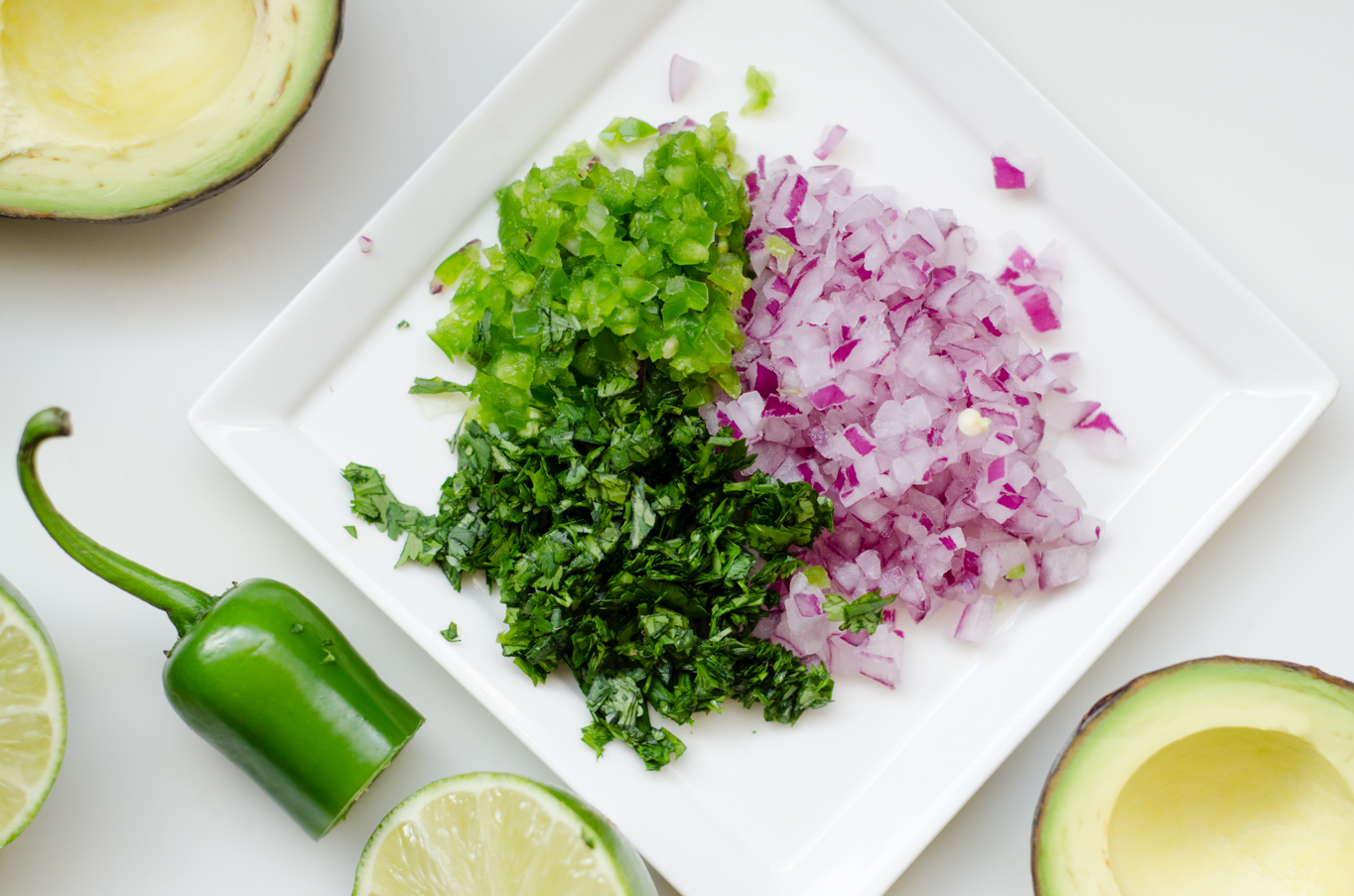 At least five years ago now, Mike and I had a little disagreement about a Chipotle flyer we had received in the mail – I insisted that Chipolte took a very large burrito shaped object to Sears Portrait Studio to have the flyer pictures done. Having worked the SPS for a more than a few years of my high school and early college days I had become an expert of props and backgrounds and that burrito was defiantly decked out with SPS attire. Mike disagreed however. He thought I was crazy. After spending way more time debating the issue than either of us should, he decided to email the nice people at Chipotle.  A few days later, we got an email back – it had bounced around several departments internally at Chipotle, but we got an answer. The mega burrito had if fact had its picture taken at Sears. Why? Because they thought it would be fun! Hilarious! Sweet, sweet justice… 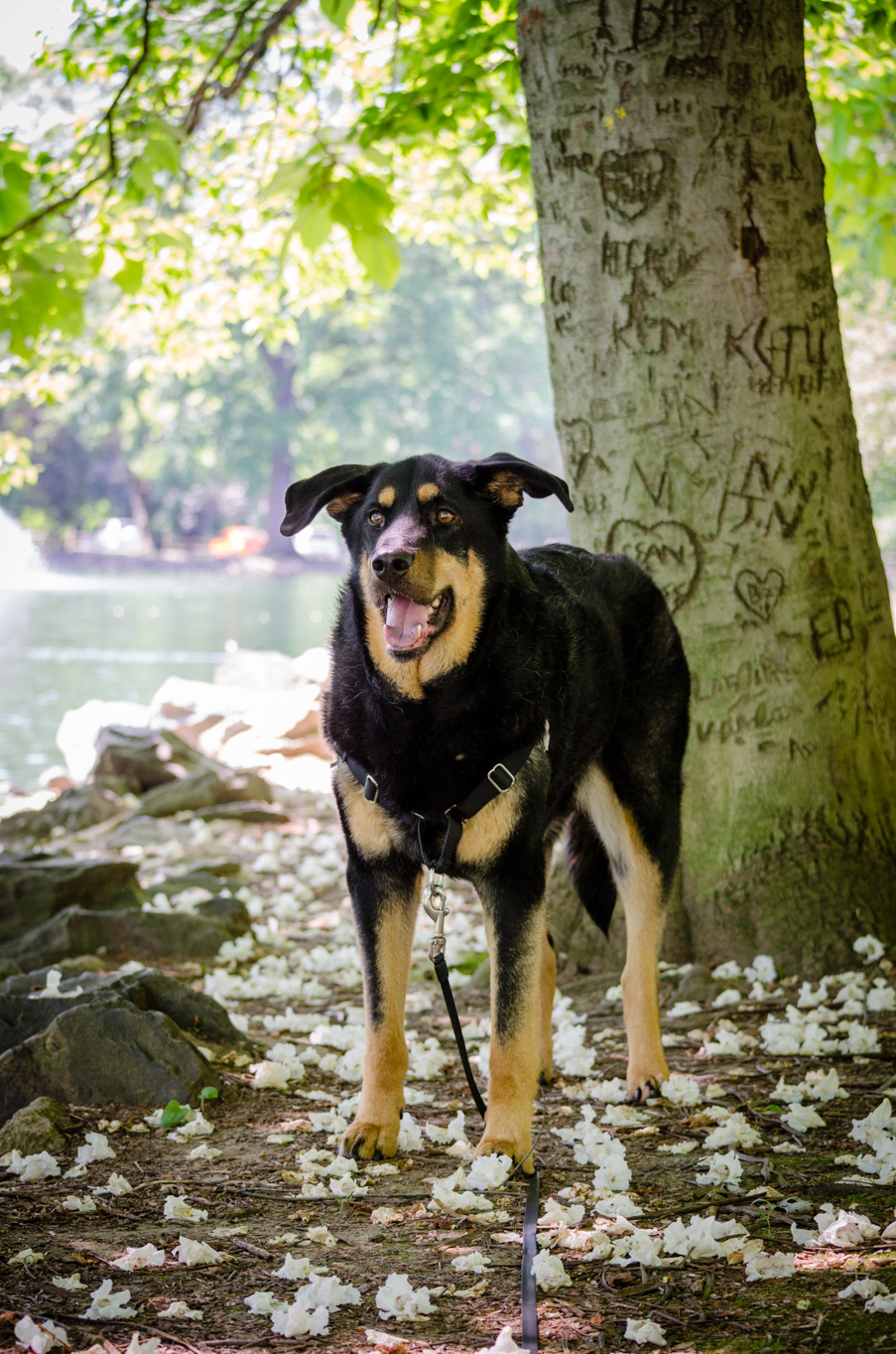 By the way, first post in the new apartment! Still getting used to taking pictures in the new place, and the glass flat-top stove (grrr), but we’re so stoked to be here. Aida’s pretty damn happy about it too. She’s been extra spoiled with long walks, car rides and trips to the park, I don’t think she knows what to do with herself. 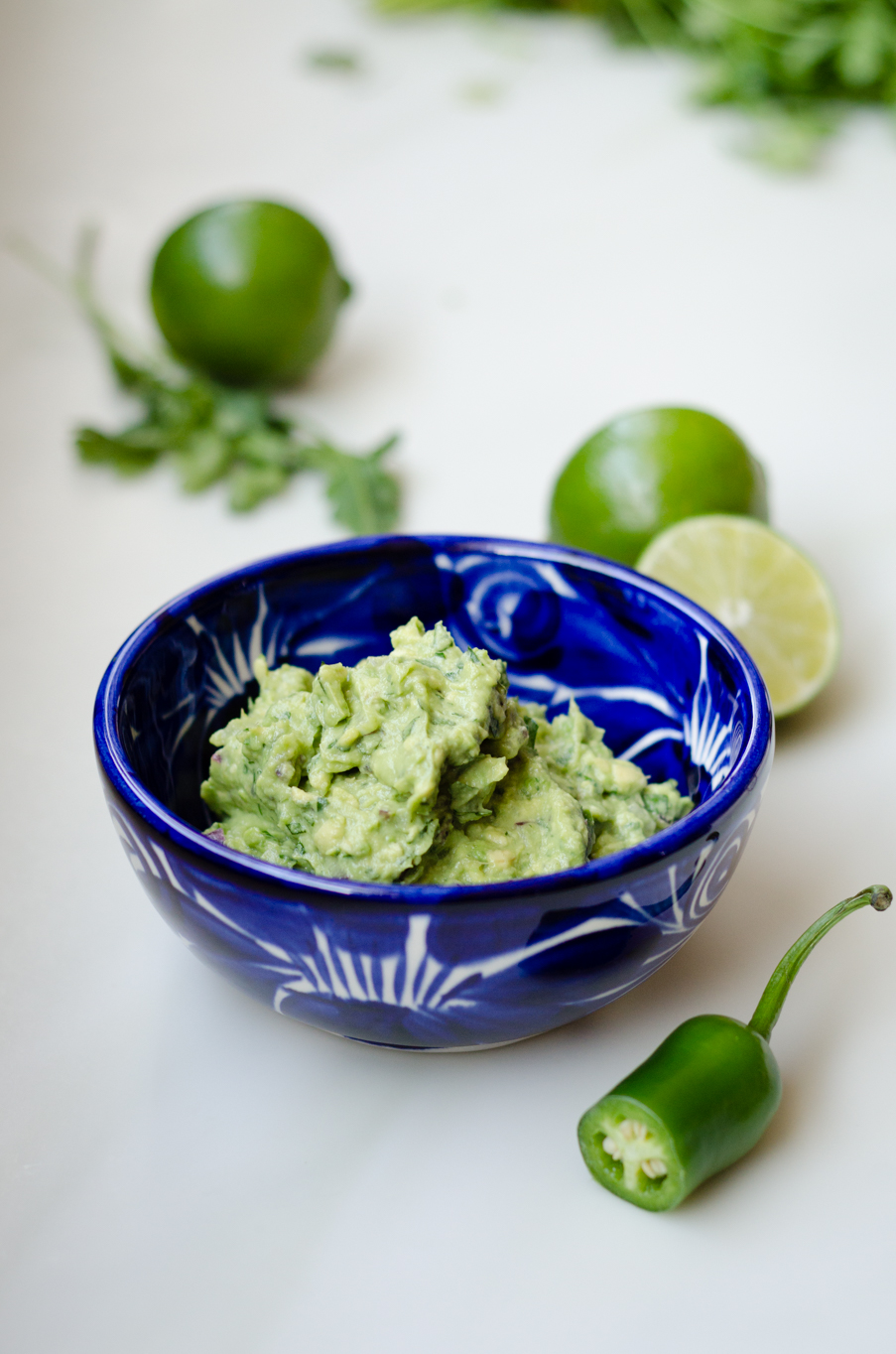 Adapted ever so slightly from Chipotle
It seems like store-bought avocados are rarely ready to eat when you buy them, so you’ll most likely have to plan a few days ahead. I recommend buying one more avocado then you’ll need to be safe.
To ripen hard, green avocados, leave them on the counter until the skin changes from green to dark brownish-black, but still firm. You can also help to speed up the process by placing them in a paper bag on the counter – NEVER – refrigerate an unripe, green avocado.
According to the experts at Chipotle, choosing the right avocado is key for Guacamole bliss. “It should feel squishy yet firm (like the palm of your hand), and be a nice dark green color on the inside.”
2 ripe Hass avocados
2 teaspoons lime juice
2 tablespoons cilantro, chopped
1/4 cup finely chopped red onion
1/2 jalapeño, including seeds, finely chopped
1/4 teaspoon kosher salt

Cut the avocado in half and the remove the pit (carefully!). Scoop the avocados and place in a medium bowl. Toss and coat with lime juice. Add the salt and using a fork or potato masher, mash until a smooth consistency is achieved (I still like a few chunks).

Fold in the remaining ingredients and mix well. Taste the guacamole and adjust seasoning if necessary.

Place plastic wrap directly over the surface of guac until ready to eat to prevent oxidation. I like to let the guac sit in the fridge for 30 minutes to let the flavors combine. Cover any leftovers with plastic wrap.